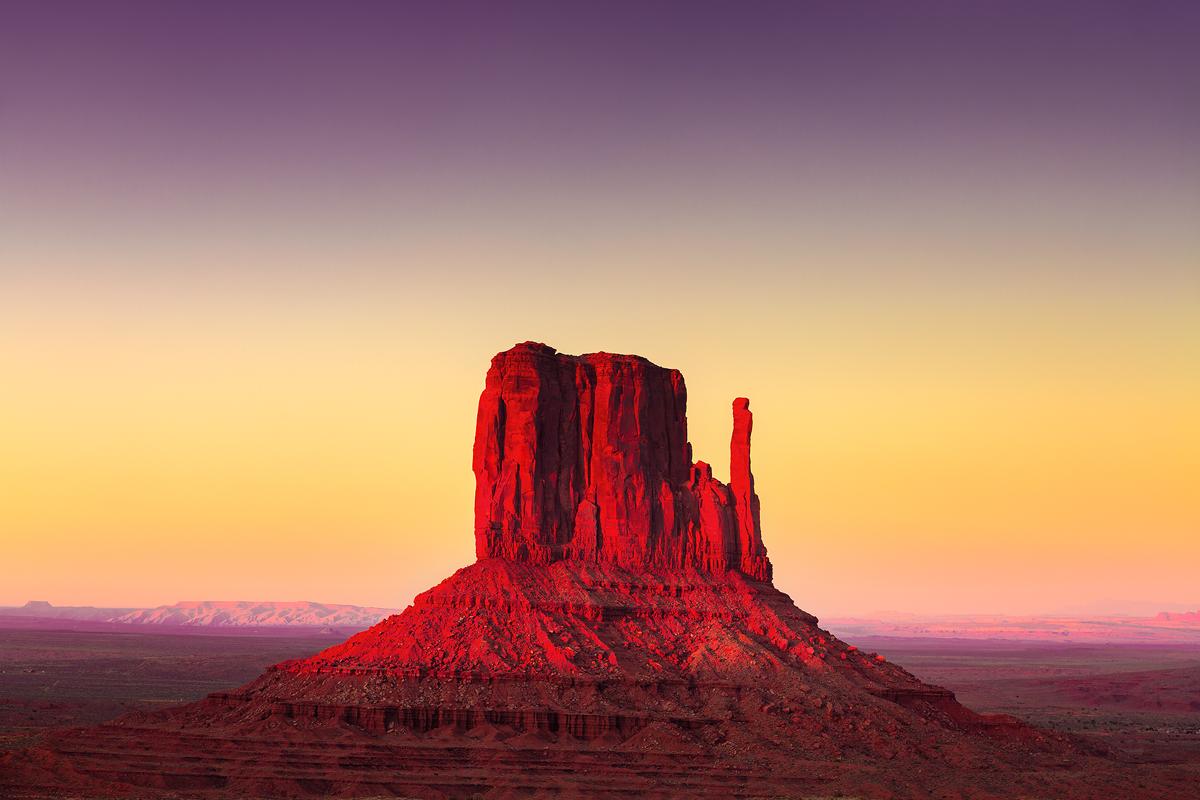 Like a giant lookout guard at the entrance to Monument Valley, this lonely monolith stands, which, during a hot summer sunset, lights up the color of its rocks in all its chromantic splendor.