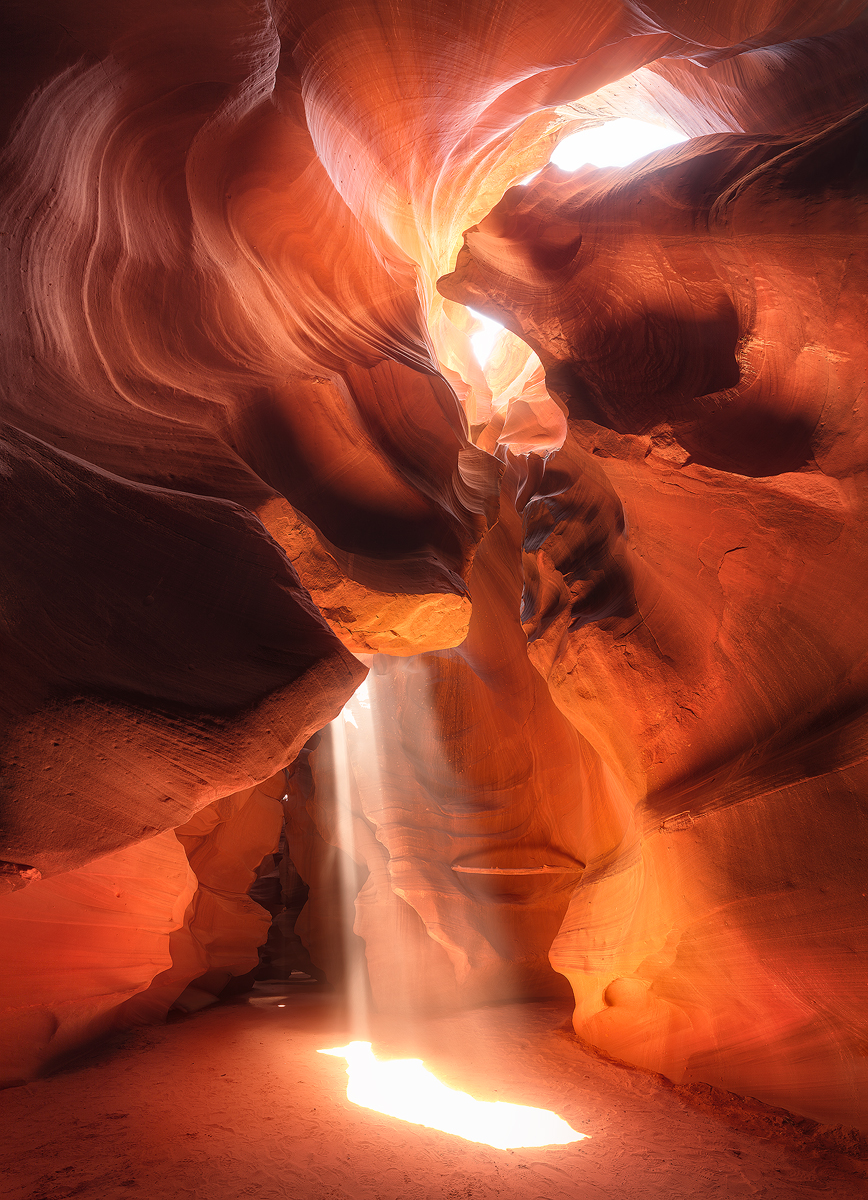 In the land of the Navajo Indians, canyons represent a mystical experience where you can touch the rock shaped by the elements over the millennia. The Antelope canyon, with its particular conformation, lets the sun's rays pass from above in only a few hours of the day, creating a show of lights.

As if it were a lift of light, I imagined a celestial call from ancient Navajo spirits.