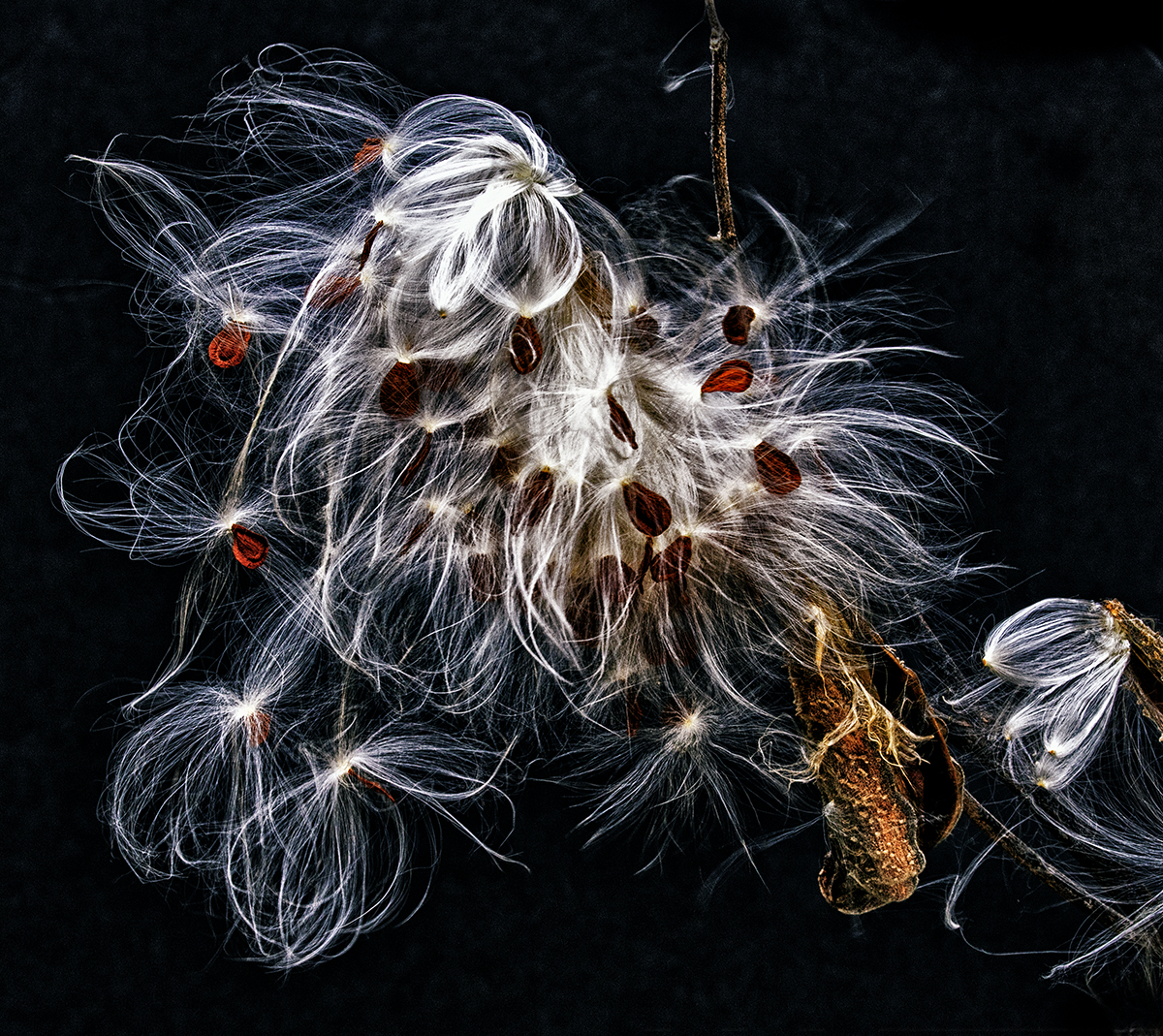 Milkweed shot in the field with a large card to provide the dark background.

Author: Gerard Blair was raised in the North of England and then lived in the South, in Scotland, Israel, Japan and now in the United States. Professionally, he is a Microchip designer and is pleased to note that in 1986 he wrote the first drafts of a funding proposal for his Professor at Edinburgh University to begin early research into CMOS digital cameras – although this does not really help him take better photographs.
Gerard’s first attempts at photography was in 1998 with a basement darkroom, all in black and white; since then he has moved into digital but has retained a love of contrast. As a boy, he exhibited paintings with his mother’s art club; but he lacked dexterity. Digital photography, however, allows him to refine, repair, and craft images repeatedly. Semi-retired in 2020, he is now able to devote time to the study of the history of painting, and to explore the creation of his own art using the camera.
His goal in photography is to discover ineffable joys, to capture pleasure which might otherwise have passed unseen.