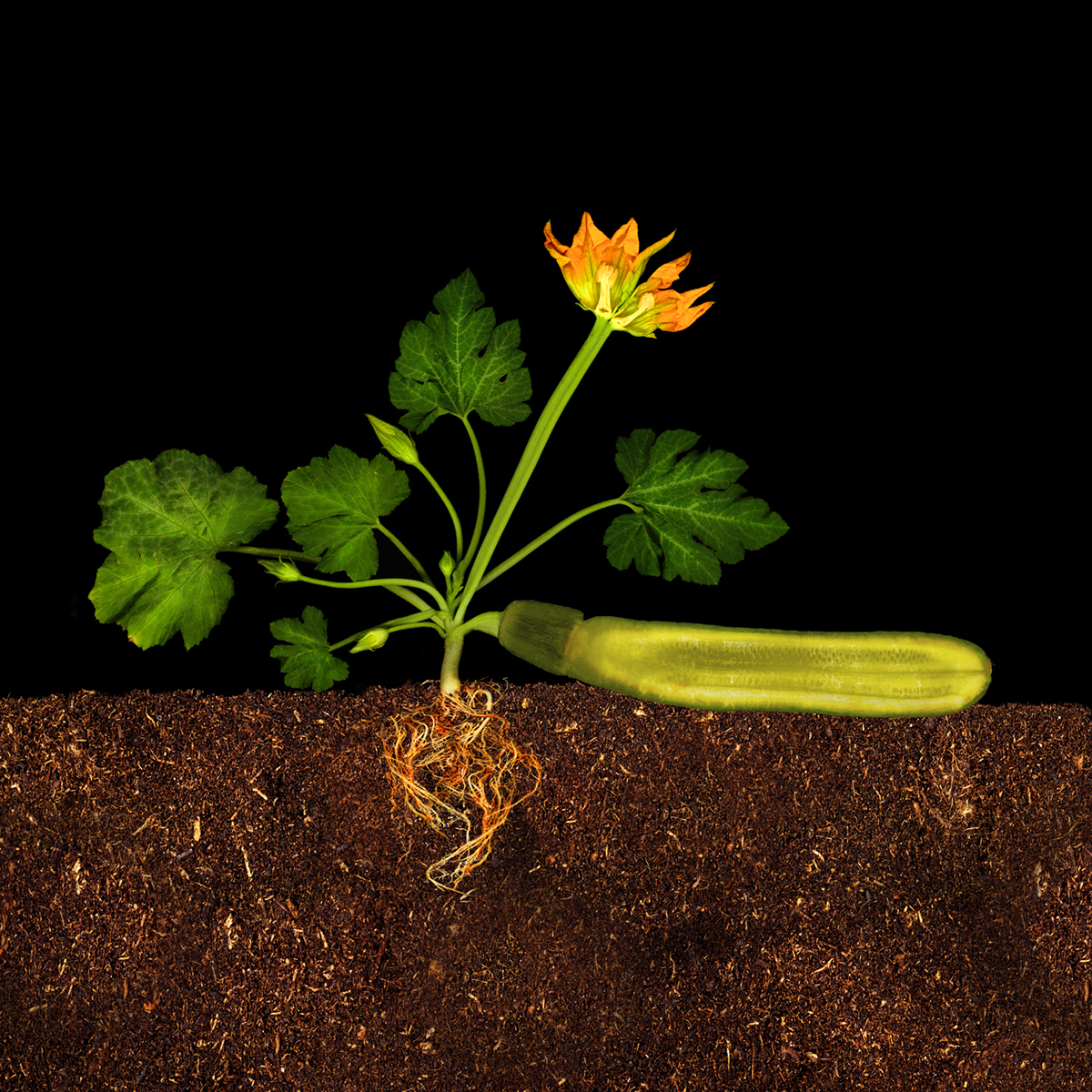 The main “actors” of the shots made by Mr Dell’Osa are some of the most recurrent foods in the mediterranean diet: they are humble, common and, at the same time, basic products of our cuisine.His photo cross section shows a series of sections describing the whole plant,from its vegetable and leaves to its roots,soil included.It also reveals the photographer’s attempt to get the observer to recall an archaic millennial world ruled by Mother Earth.It is a trip that clashes with the modern man’s reality and its daily eating rhythms controlled by “a distorted perception of foods”,that the photographer sees as something innatural and artificial.For this reason, we should recover a kind of assimilation (no matter whether it is visual and likely to last for the seconds of observation) that pays particular attention to our origins.Zero kilometer products,biological agriculture and veganism are the many answers to those people who want to know,learn and experiment.But how much awareness is there around in relation to these eating choices? Unfortunately,we are more and more distant from the farming genuine reality we come from.These photos ask the observer to consider any perfect and natural “miracle” that every day we are glad to consume at mealtimes.

Author: Claudio Dell’Osa was born on September 3rd 1971 in Guardiagrele. He spent his childhood and adolescence in Villamagna, a hilly village in the province of Chieti. For study and work he will have the opportunity to live in Rome, Milan, L’Aquila and Rimini and then return to Abruzzo in the town of Ortona.
His interest in photography starts around his twenties, manifestation of his innate curiosity; in fact he immediately experimented with countless techniques, using different analogue cameras such as la Mamiya. The real turning point is in 2004 with the purchase of a digital Reflex: this last aid encourages him to look for new expressions that will lead him in 2007 to the publication in the catalogue “ Nikon foto contest 2007”, that will be replicated in 2011 and 2012/13. His passion never fails even if for work reasons he is forced to moments of pause.
Through his experimentation of black and white, he approaches a reading of reality focused mainly on the play of light and shadow: objects are caught in bright glimpses that underline their plasticity and help to create a rarefied atmosphere. The canvases, on which the photos are printed, are collected in an exhibition at the Aurum of the city of Pescara, 2015.In the following years, resuming subjects already examined in the past, it is the turn of rural and urban landscapes offered with a modern and stylized language, the multi-exposure technique is interpreted and used making it his own. At a first visualization of the images one could be overwhelmed by a perceptive chaos, due to the repetition of the many portrayed subjects, but if you linger you can see distinctive elements that enhance the shot. Palazzo Farnese in Ortona and La Fortezza in Civitella del Tronto hosted the aforementioned achievements in several seasons,