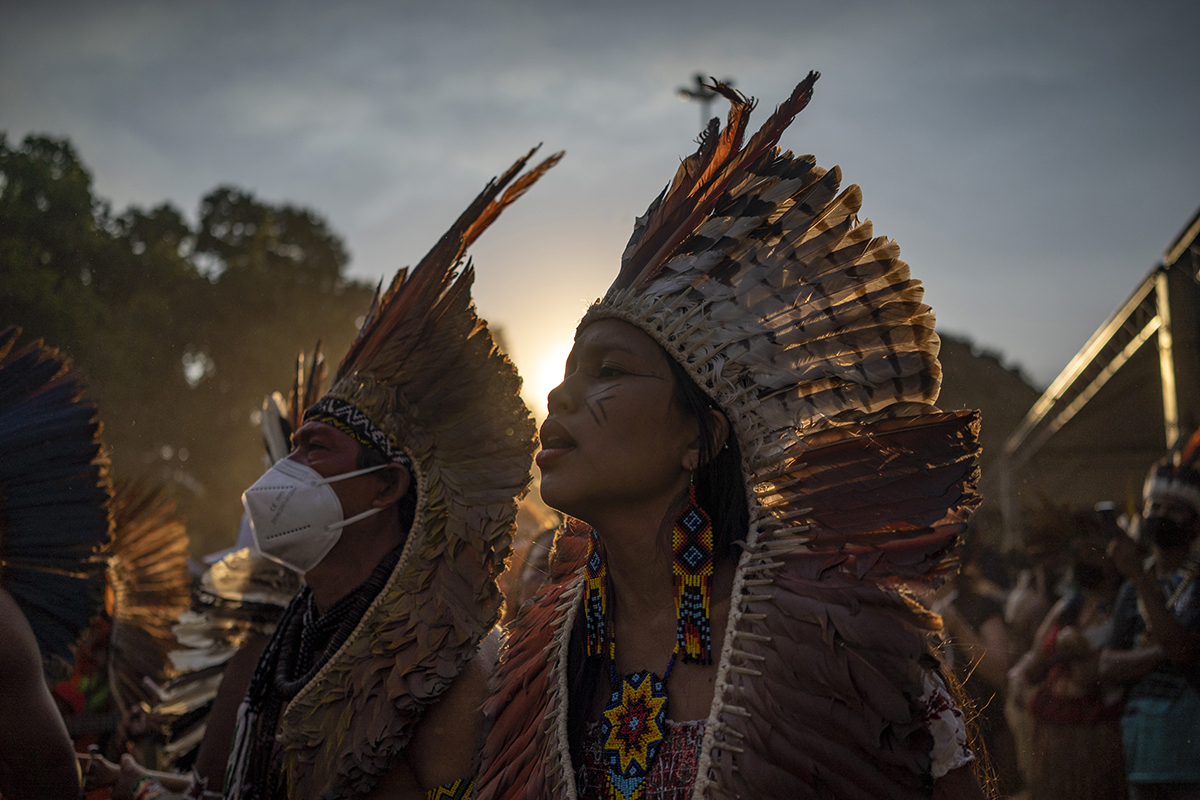 Indigenous women occupy Brasília and ask for rights.
The 2nd March of Indigenous Women occupied Brasília between the 7th and 10th of September, 2021, to fight for the rights of indigenous populations.
The mobilization brought together 4,000 women from 150 ethnic groups from various states in the country and strengthened support for the "Luta pela Vida" camp, which is trying to stop the "Marco Temporal" - a government law that is being voted on and intends to do away with indigenous lands, in order to favor cattle ranches, gold mines and plantations on industrial scales. In the foreground: Sabrina Hunikuin, from the Hunikuin ethnicity.

Author: Graduated in Architecture and Urbanism, André Porto is an independent photographer with more than 20 years of experience, working for major Brazilian newspapers and magazines, such as Folha de S. Paulo, Agora São Paulo, IstoÉ, Rolling Stone and Metro Jornal.
In 2003, won the Photo of the Year Award from Folha de S. Paulo and received a Honorable Mention by the Vladimir Herzog Human Rights Contest.