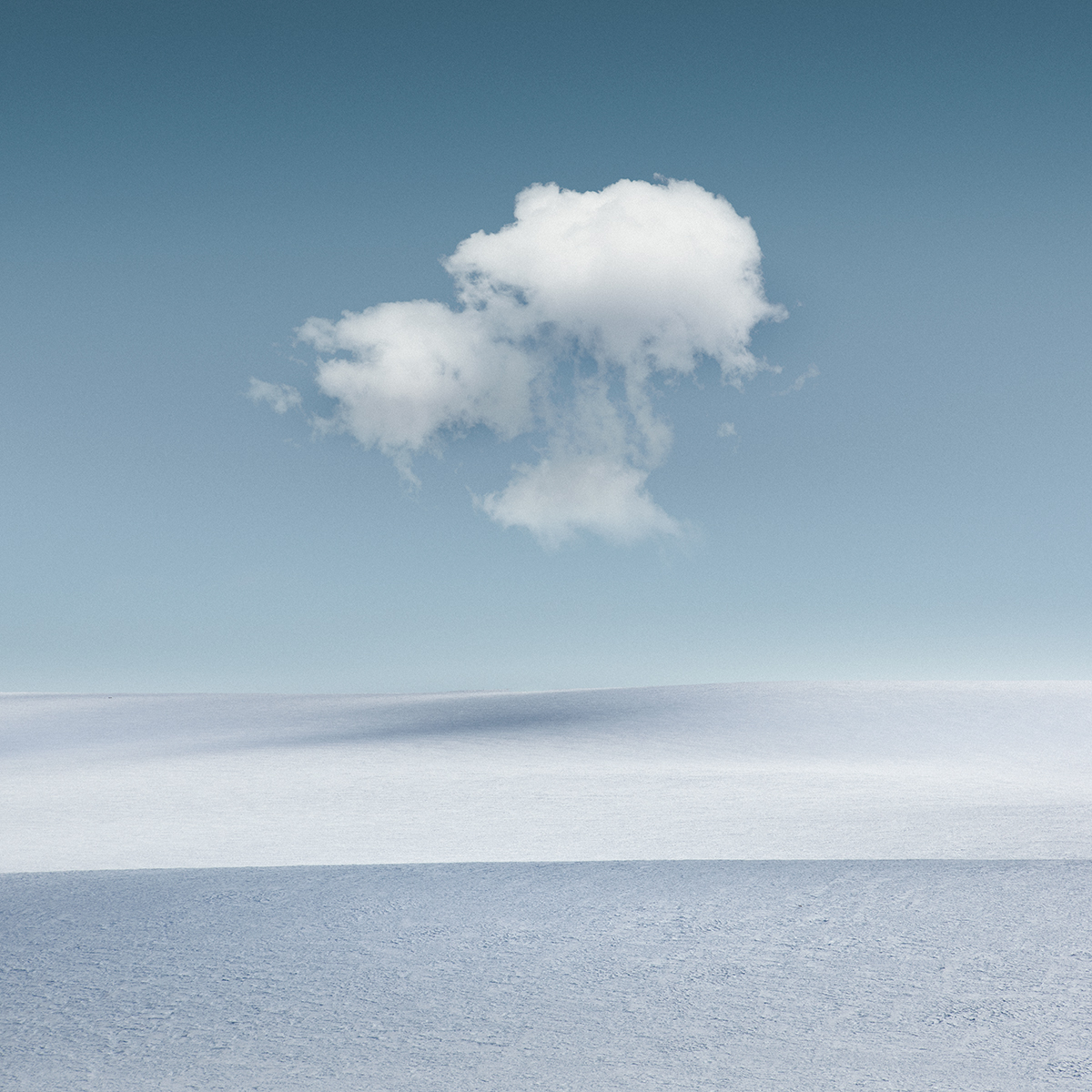 "Tres" means three in Spanish. This memory was constructed from pictures taken at the Atacama Desert. This is the most arid desert of the world, yet in the highlands of this territory it snows when the conditions are right. In this case these three wandering clouds represent a community of three people traveling through the snowed desert. If the viewer looks carefully, the clouds actually form one big cloud, they are all connected. Symbolically, three people represent God in the bible. For instance, Abraham was visited by three people representing God. For christians, God is actually a community of three people that become one: The H. Trinity. We humans need a community to thrive in harsh places and harsh moments, being part of a community can be a powerful antidote against desolation.

Author: Benjamin Briones Grandi is a Chilean fine-art photographer. Initially, Benjamin started doing classical landscape photography, but in time developed a rather conceptual work producing minimalistic atmospheric landscapes. The subject matter of his work is not the territory photographed, nor what it felt being in those places. The real subject matter is the person looking at the resulting image, it is about the viewer that uses the landscape as a stage where thoughts, memories and feelings can be laid out.