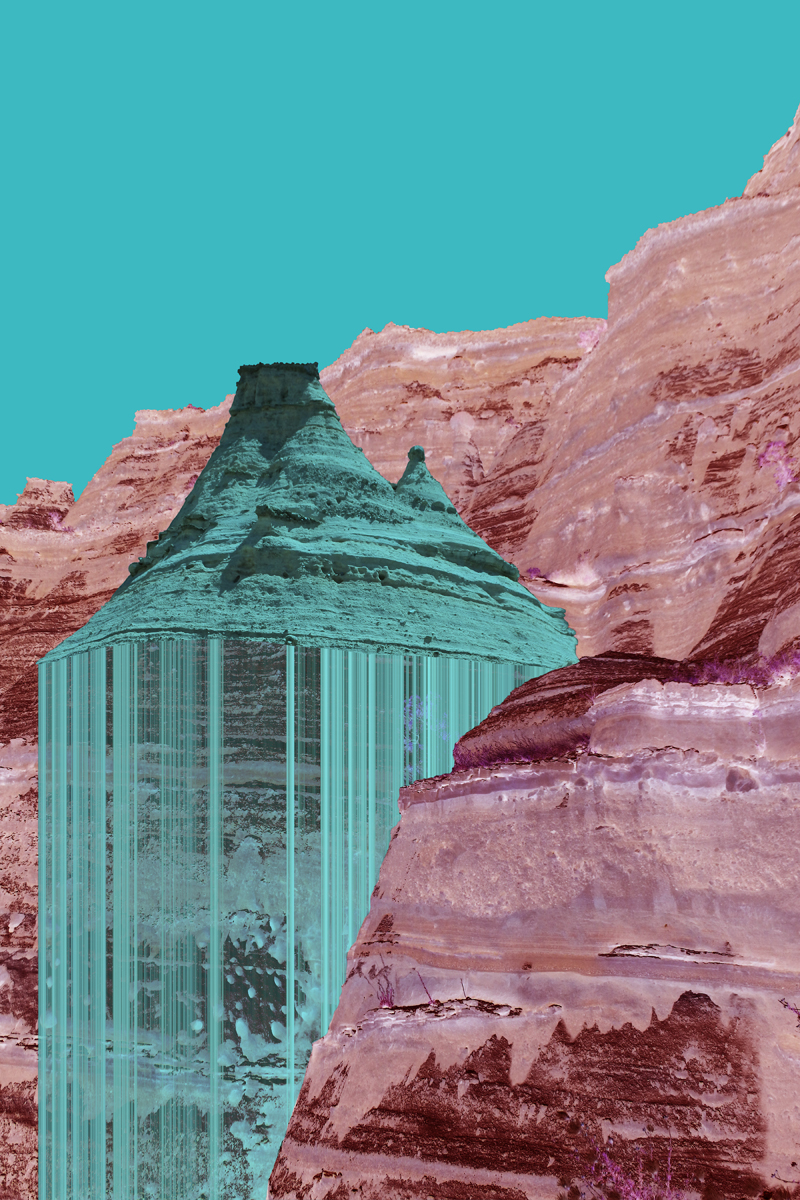 Manifestation
(Abstraction of Form and Color)

Having grown up in the fairly flat Midwest, I have become preoccupied with the form of mountains; these natural elevations in the earth's surface that rise from the surrounding landscape. Here in Northern New Mexico, many were formed in ancient volcanic activity. The age and longevity of mountains is mesmerizing and hard to comprehend. Symbolically they represent constancy, eternity and stillness. In these times of political upheaval this is comforting. But as climate change looms, perhaps even the mountains are in peril?

I chose to convey the vertical nature of mountains by using the portrait format rather than a landscape format to represent elevation. I also like the portrait configuration, which has been used throughout history to depict a person to give the images a personality.

In this series I wish to capture the abstract nature of the mountain forms; also highlighting a color palette that demonstrates an affinity with minerals hidden within the mountains; copper, turquoise, iron. I feel this visual strategy embodies the appearance, the exterior as well as revealing the depth of the interior of mountains.