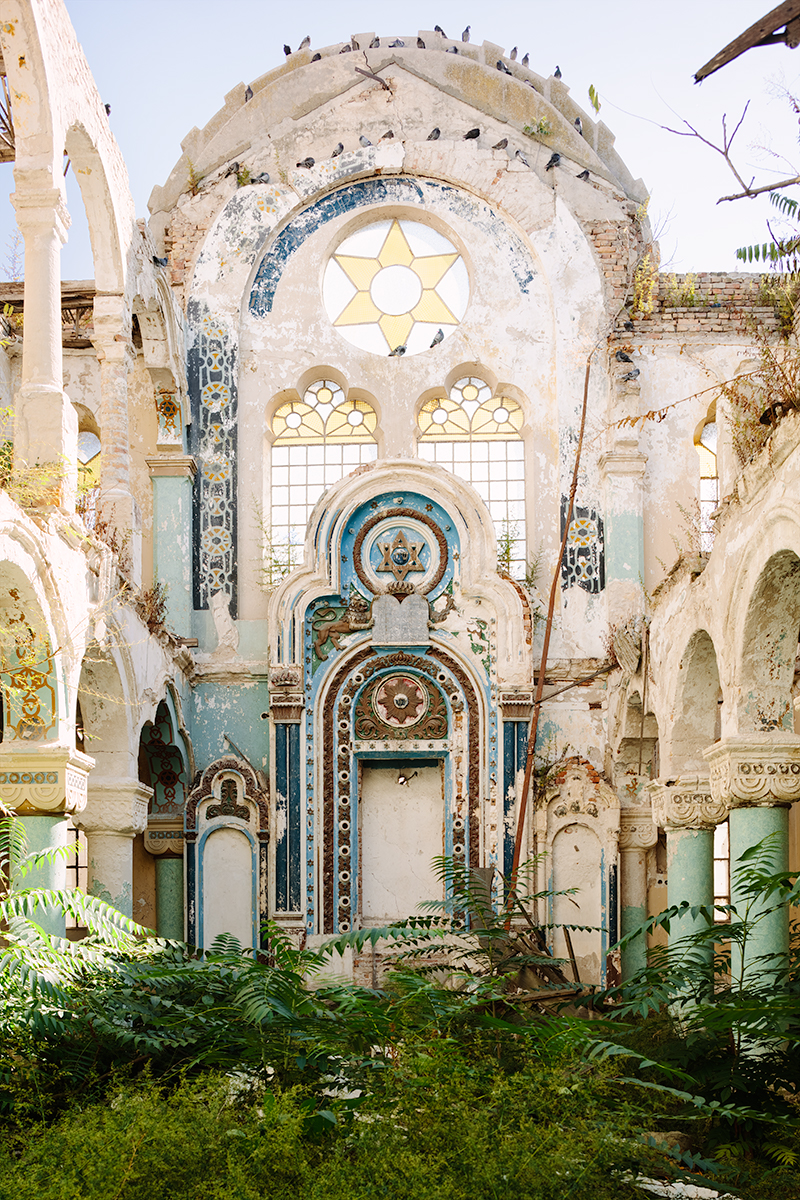 Exil, 2016
Nature has taken over an abandoned synagogue in Constanta, Romania. The Jewish population has declined by 99.55% since their persecution began in the 1930's. Left behind are once beautiful places of worship, ravaged by time and nature.

From the Superbia series (2016)
A Mediterranean stroll. From Italy to Romania, the journey delving into time and space of this Superbia series takes the form of a memory: the fleeting glory of the famous buildings of the past, once so full of life, with the brightness of the spotlights giving way to the sometimes uncertain radiance of the day. Like a whimsical nod to the past that seems to have swapped a faded glory for an indefinable yet never outmoded charm.

Author: Since his birth in 1988 in Toulouse, in the south of France, Martin has cultivated his love of the image. Regardless of the means of expression given to his creativity, whether it be drawing, painting or sculpting, his hand has always scrupulously obeyed his eye. Or his mind.
His studies in a school of special effects at the end of the 2000s gave Martin another string to his bow. This experience was concluded by the participation in the production of a short film that was very well received and which generated a great deal of interest across the Atlantic.
Fortunately, once it has been acquired and become your friend, technique can remain modest and stay in the background.
Like the eye of the lens that is an extension of Martin’s own eye to capture the natural mood of the moment.
This is what Martin appreciates the most with photography: this ability of immediate creation which allows him to concentrate on the essential – composition and light – to give life to the place by enfolding it in his vision. It is like a first improvised love affair, when the intuition of the meeting takes over from reason and technique.
There is always time afterwards, once calm has returned, to touch up and improve the sensitivity of the original image to give it the maturity of the work of art. And to reveal the essential.
Because the essential is often a fleeting impression, a ghost of reality. And Martin has a passion for these ghosts.