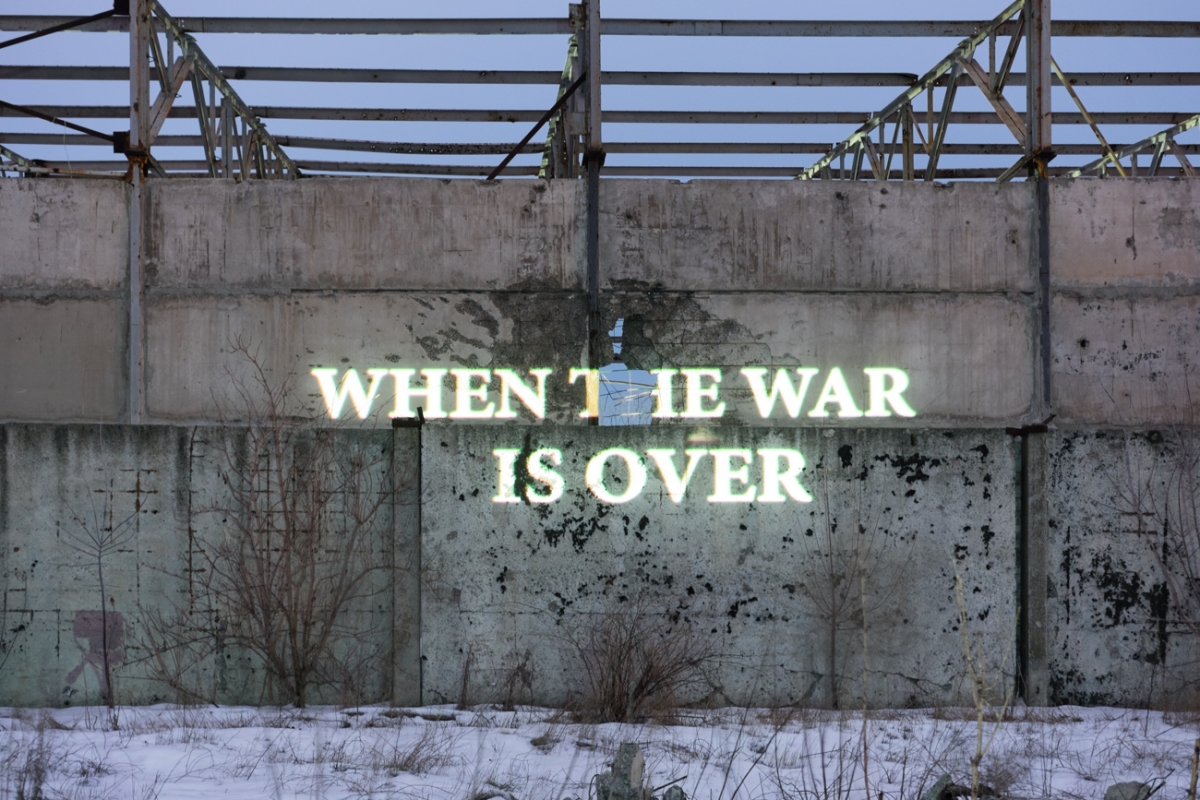 Honorable Mention: Conceptual - Dmytro Kupriyan, Ukraine
When the War Is Over

Two civilizations collapse in the heart of Europe and now for the third year this collapse is called War in Ukraine.
Ukraine now is between the upper and the nether millstone - from one side it western democratic countries and from other is totalitarian Russia with it's territorial claims.
But all wars end, anyway. The main goal of this project is to remind people about necessariness to point out the need to over the war and define what will be after it over. Will it "sun shine" over the head, will it be possible to put a point and move on, because history has shown that everything is relative.
This is a destroyed buildings in the front line or in the front area or in places where were fighting at Donbas, Ukraine, which are light up with projection of text "When the war is over".

Author: Worked as a photojournalist at UIIAN, Ukraine.
Later I started a project about chaika (which is a name of an old national Ukrainian boat) “SPAS”, built in 2007 by a group of national enthusiasts. I went on a couple of trips with the crew, through Ukraine and to Georgia, and made a set of photographs about that.
For two years I’ve been doing a project “The Tortured”, the purpose of which is to tell stories of people who’ve been abused by Ukrainian militiamen and to raise awareness of their rights violation.
Now for tree years i made a projects about war in Ukraine.