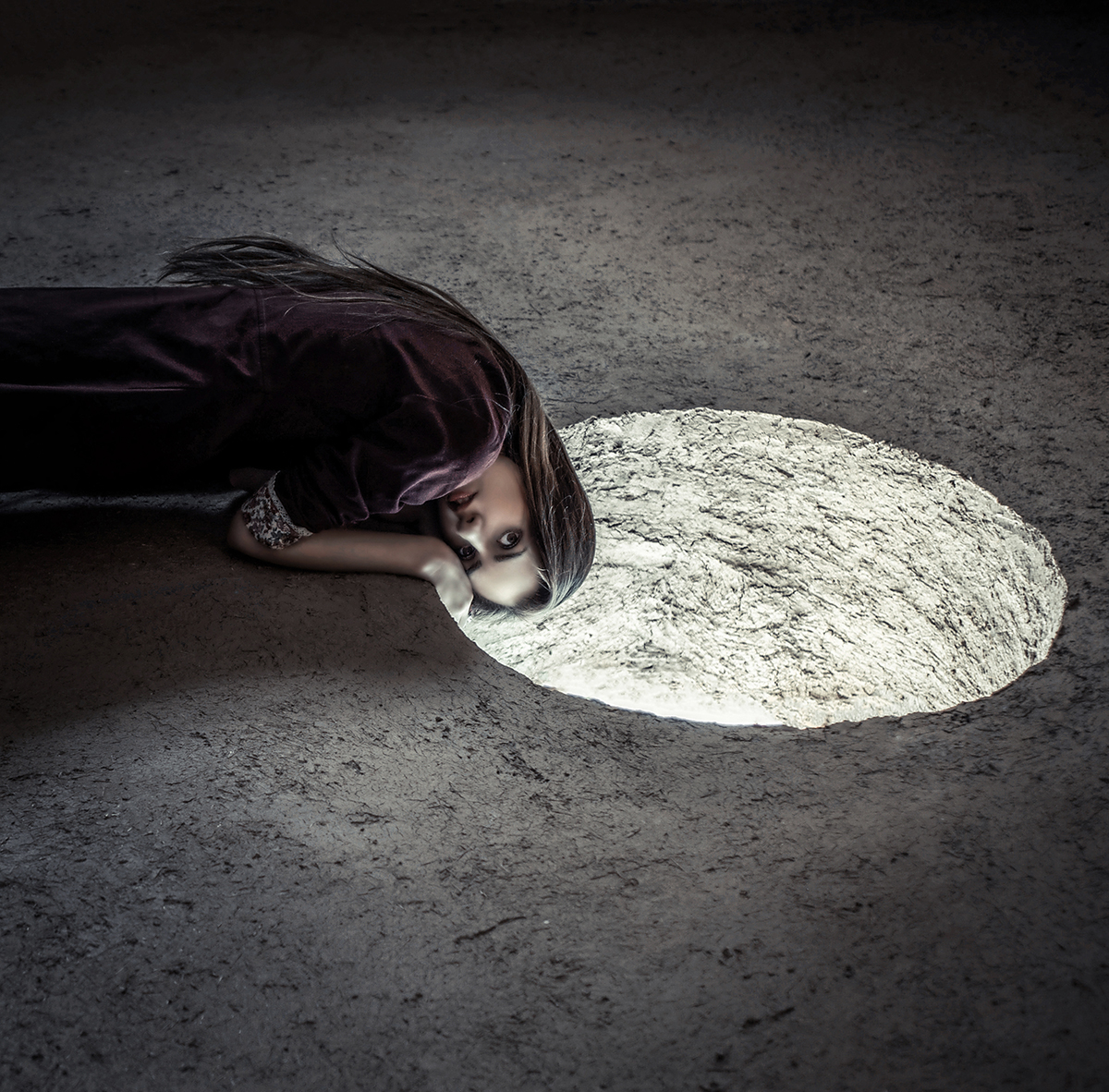 We’re all on the edge of an abyss. We’re willing to continue living for some people, though sometimes the thought of annihilation for something unworthy takes over us. This might be the most crucial moment for any person. But the last look; It’s the last look that counts, how we look at this world. The last look can change everything in an instant. Natural light has been used in this picture. The reason behind the brightness of the pit is the possibility of the future and Death also being bright. Also the photo is rotated 90 degrees to transfer the true feeling of the photo to the audience.