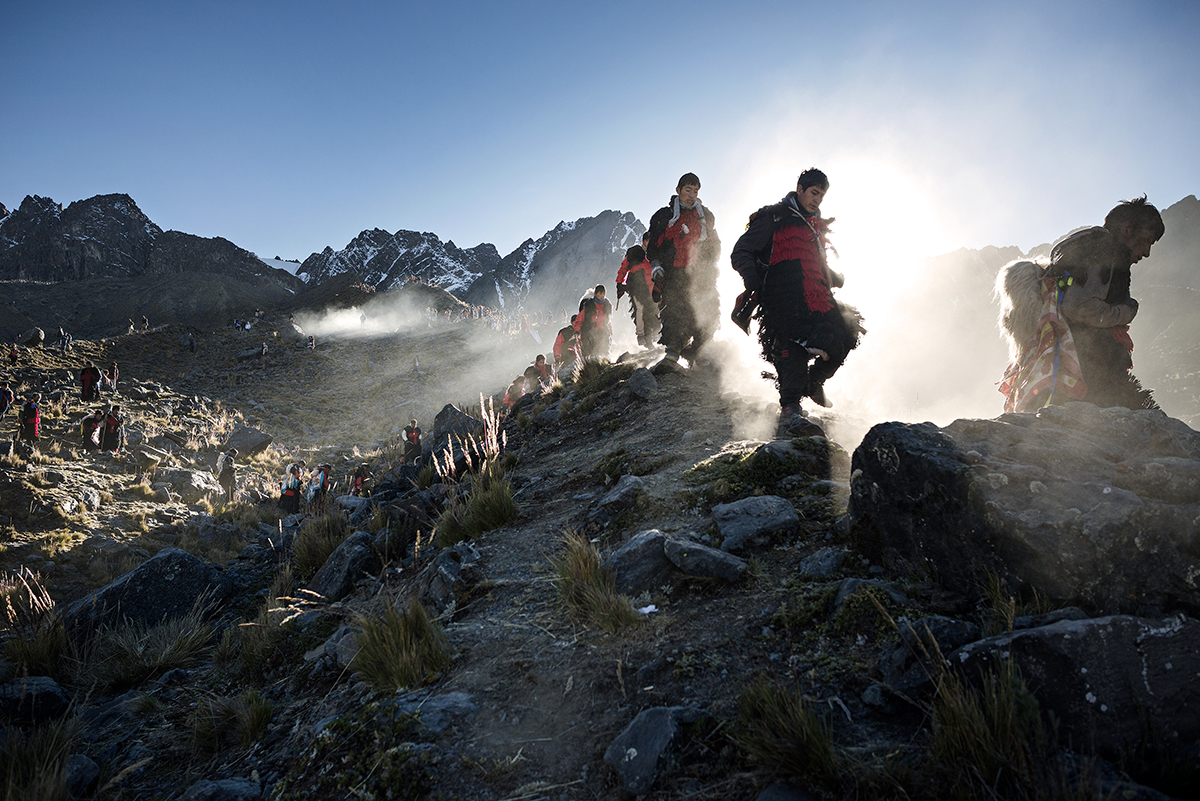 The Pilgrimage of Qoyllurit'i is a mystic experience that the people from the Andes pass on through generations during the centuries.
This festival in honor of the Señor of Qoyllurit’i ( a Quechua word for Snow Star or Resplendent Snow) is one of the most complex festival in the world due to its syncretism, where the Andean tradition and the
Catholic one intermingle.
The feast consist of a 8 km procession from the Mahuayani village to the Sinakara Glacier, surrounded by four important mountains or “Apus”.
During the last hours of the central day a group of Pablitos or Ukukus (seen as the mountain spirits guardians of men and animals) climbs the mountain towards the Sinakara Glacier (over 5000m of altitude) carrying a cross, seeking the so-called “Star of the snow” hidden in its cracks.
As the tradition wants, the Ukukus will spend the night up on the glacier despite the hard temperatures that could reach the 10 degrees under the zero.
During the sunrise of the next day they will come back bringing with them block of ice which will be used to water their village with the holy flow as a sign of prosperity for the forthcoming harvest.
The last step of this holy pilgrimage reembody the fusion between the Andean and Catholic culture, that is when the pilgrims prays in front of the cross overposed at the rays of the rising sun at dawn when Viracocha ( the Inca divinity of light) melts with the image of Jesus Christ.
Since 2011 the pilgrimage and associated festival it’s been inscribed on the UNESCO Intangible Cultural Heritage Lists.