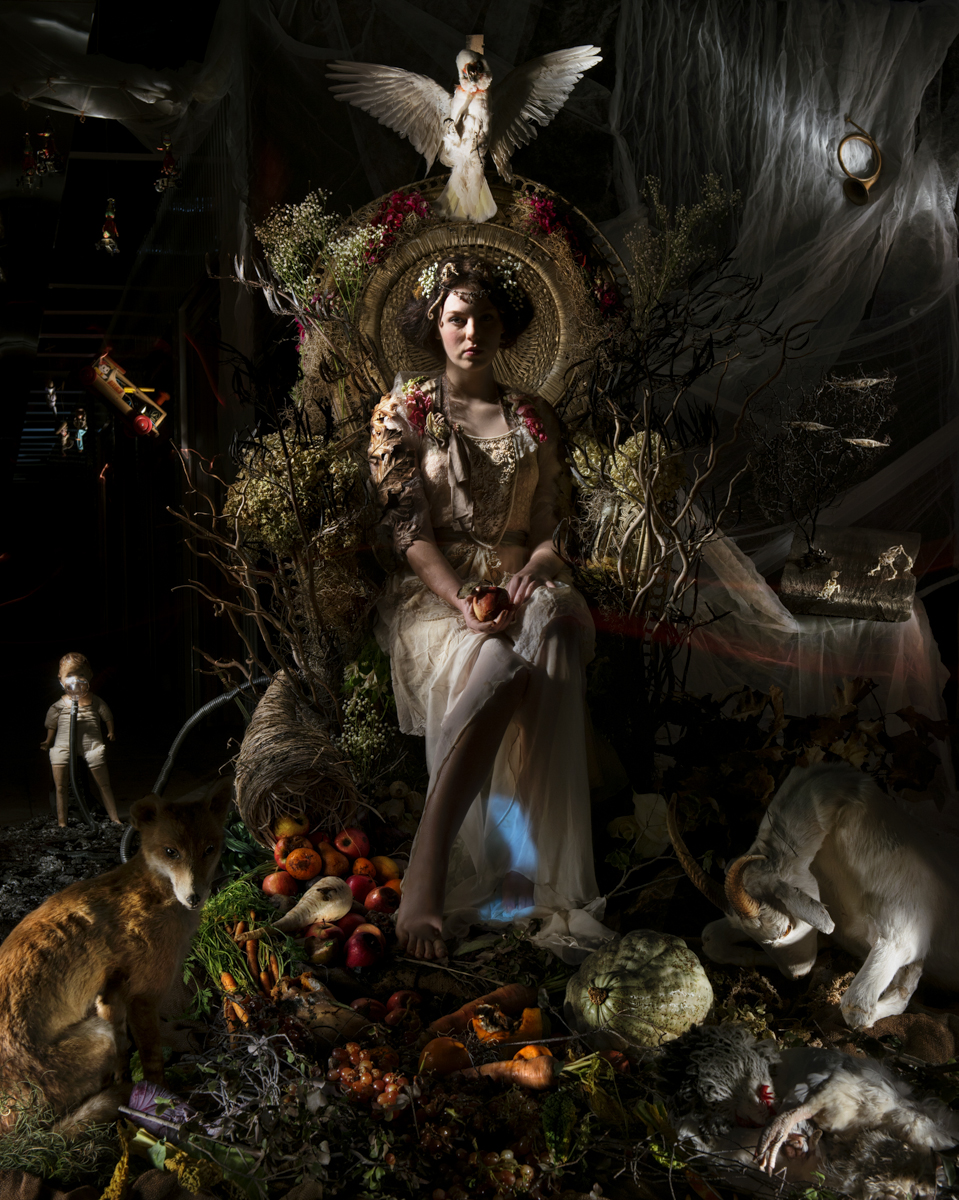 Abundantia is named after and portrays the ancient Roman goddess of abundance and prosperity, and contemplates the theme of sustainability and consumption in an age of consumerism.

While the goddess is typically framed by symbols of abundance and prosperity, in this arrangement they have become those of gluttony and materialism.

As with many of my images, I built the set from scratch and worked with techniques such as light painting to create the effects. Many of the set items were a direct result of the consumption and waste that is produced in modern living, and were salvaged from the rubbish of a popular food market in Melbourne, Australia. Others were carefully collected from antique and secondhand shops in and around the city.

Here I attempted to mingle fragments of the real world with the imagination, drawing from Roman
mythology and recalling baroque and Renaissance paintings of the past to fancifully illuminate the theme.

Author: Gianmaria De Luca (1988) is an artist working mostly with photography and printmaking. He works to share through the imagination, realising images born of collaborations and interactions with artists and muses, and his environment.

Compelled by the mystery of reality and its relationship to the photographic process he often employs techniques that occur only at the moment of shooting such as light painting and multiple exposure. Untouched by digital manipulation the results are none the less impossible, mystical worlds.
Born in Rome, Italy, he blends the influence of his native culture with the insight he pursues in other cultures and experiences through travel, creating the original and contemporary imagery in his work.

His work to date includes fine art and reportage photography, experimental installations and work with notable artists and masters of costume and set design, journalism, and filmmaking. He has exhibited globally throughout Italy, Northern Ireland, Germany, Switzerland and Australia.