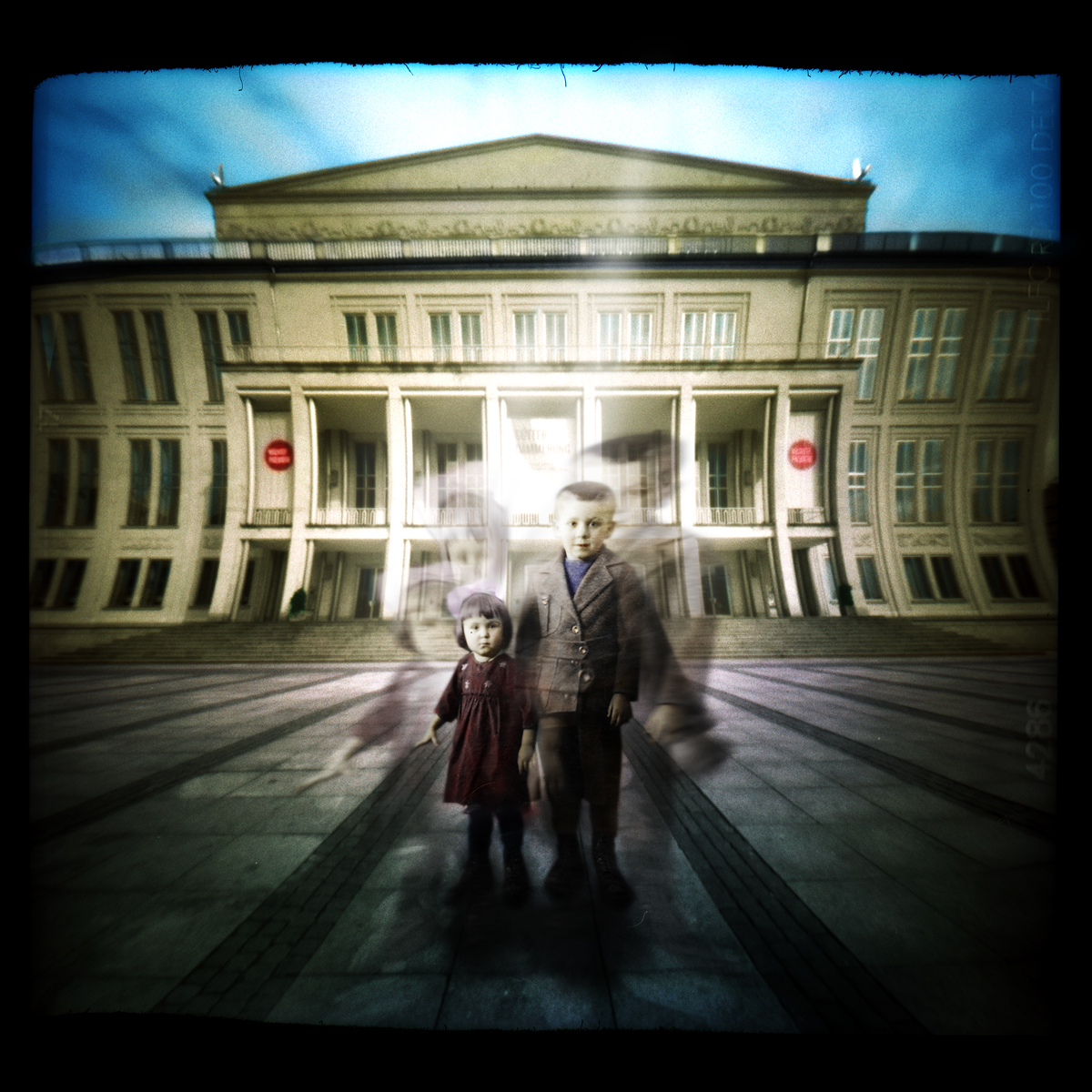 This image is part of my series 'ghosts of...'
This series is a mix of selfmade taken pictures with a analog pinhole camera in european cities and old photographs from the fleamarket. It's about the past and the present. All people in this pictures are strangers from the past already dead for a long time. Now they all come together in the present on different locations.
I take all pictures with a b/w film. Later, when I composed the people into the images, I colored the whole picture.

Author: Born in Berlin, lives and work in Leipzig today. After studying Economics in Berlin and applying myself to various trades I work as a freelance photographer and artist since 2011. I first got into photography as a hobby and at the beginning I was mainly into digital photography, but then I started shifting back to film as I found the charming characteristics and atmosphere of film photography to be more fascinating. Today I even develop and print some of my photos by my own. My major areas of interest are the city and the country side, these two opposite fields with all their major differences and their potential for a perfect interaction become more and more attractive to me.