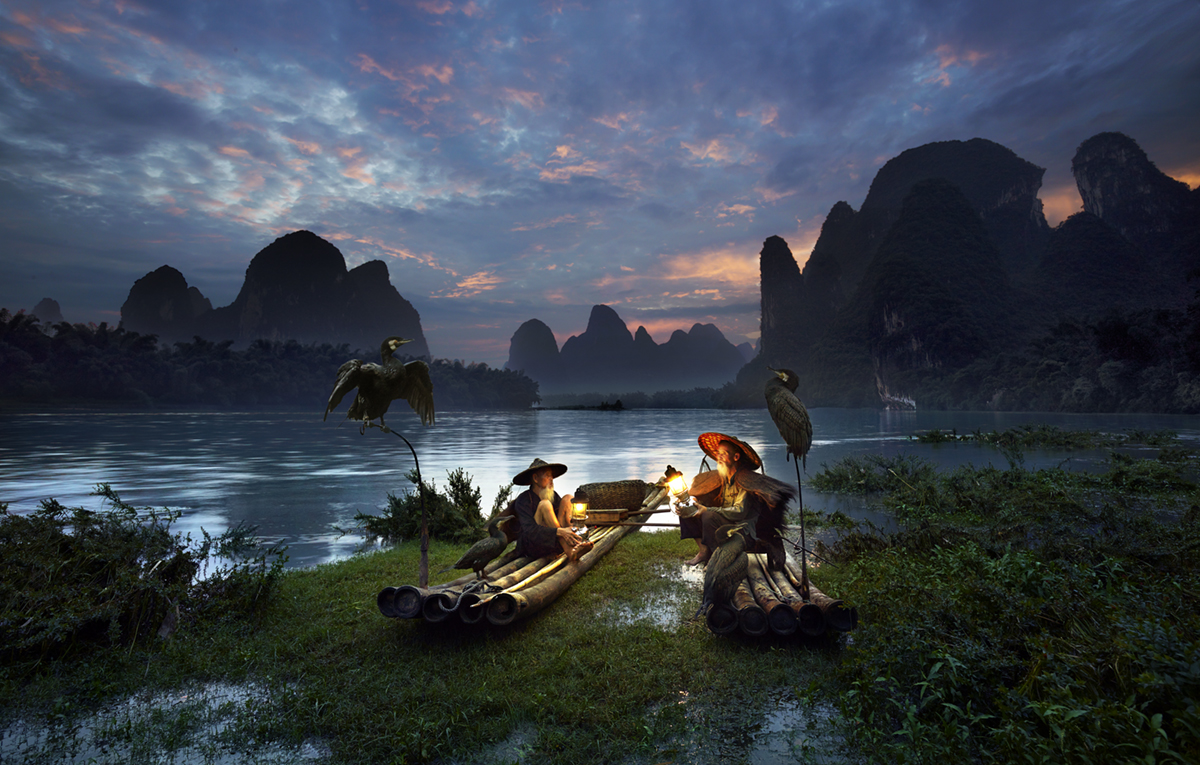 After a raining afternoon , the story about 2 old brothers talking about a fishing day with their cormorans

Author: Thierry Bornier is China’s premiere landscape and high fashion photographer. His career and reputation have surged in the last 5 years, with his work getting featured in The Telegraph, Wired, and other high profile publications. In 2015 and 2016, Thierry earned a nomination for China’s Landscape Photographer of the Year. National Geographic’s ‘Photo of the Day’ page often places him among the highest rated photographers, and he has won awards many international awards from The Epson International Pano Awards and One Eyeland. His best photos sell for upwards of $15,000 in limited edition of 8 Photographs and inquiries are constant.
Thierry was not always a photographer though. In 2001, he began professional life with an MBA in finance and a CFO position at an international fashion company in New York. In 2007, he realized that number crunching did not satisfy his passion for natural beauty. He decided to change his career to something he truly loved—photography.
Without any formal training, Thierry dedicated his days to teaching himself photography. His first focus was high fashion photography, which gathered the attention of high profile models and celebrities. In 2011, he began exploring the entirety of China (his home since 2007) and photographing its stunning landscapes with his camera.
The key to Thierry’s success doesn’t just come from just technical know-how. Every time he travels, Thierry does more than just photography. He connects with people, cultures, and the landscapes themselves.