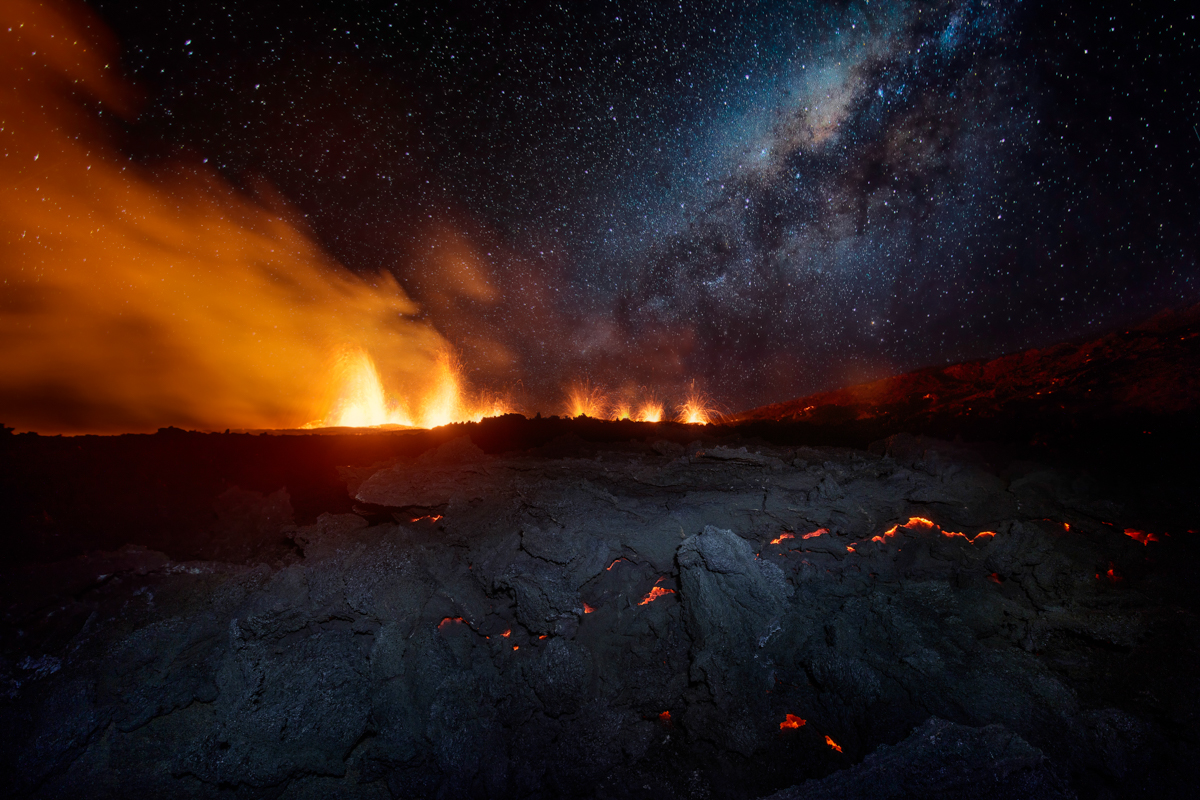 The meeting of fire from the depths of the Earth, with the stars of the cosmos !!!!
Eruption 11 September 2016

Author: Born June 2nd 1983, Gabriel Barathieu spends his childhood alongside the Atlantic ocean in the family house located in the Landes, steps away from the ocean.

It’s in 1999, on the Reunion Island, that he discovers the wonderful underwater world.

10 years later he decides to make it home.

Once back, he rediscovers the beauty of scuba diving getting his level 1 and 2 certifications along the way.

Very quickly he feels the indescribable needs to share those hidden treasures hiding under the water through his lens.
He first invested in basic material: a small Canon compact camera with a housing.
Still not very at ease with the photography part, he senses quickly that underwater photography his becoming a second passion. Perfect sequel to discovering the underwater world.

Canon 5D Mark II
Subal Housing
2 Subronic strobes
Several hundred dives and a few thousand pictures later he became a rebreather certified diver and discover bubble free diving in 2013.
He then gets his Trimix Normoxique certification that allows him to dive up to 70m.
Sadly, he suspends his deep diving activities in 2015 after the death of a friend and instructor in an accident.
A dream: a passion to a career
Following the tragic accident, Gabriel quit his job in the public work sector and totally focus on photography.
He then participates in prestigious photography competition and gets recognition very quickly.
At the end of 2016, Gabriel has the tremendous honor to join the Subal Pro Team (a high-end housing manufacturer).