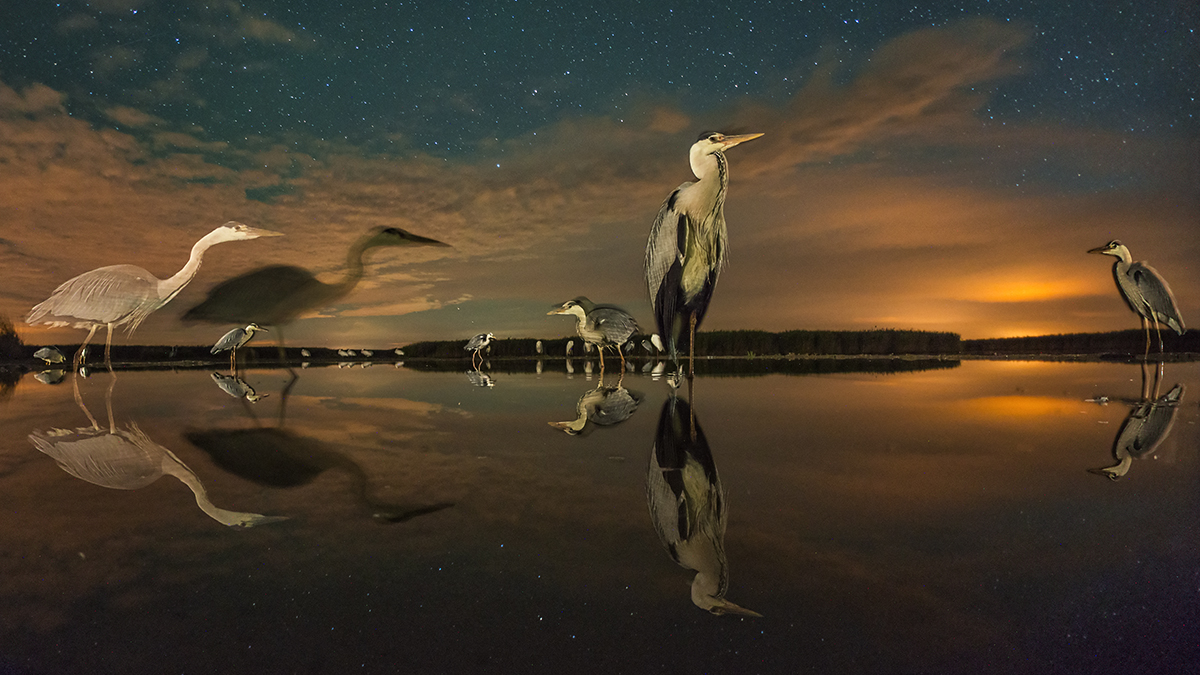 The picture was a real technical and ethological challenge, a product of several years’ preparation, 74 nights spent in a hide, and a lot of experimentation. I shot it manually from fish-eye perspective in less than a meter's distance. As the stars and the birds were not in the same depth of field, a home-made equipment was constructed specially for this purpose. As the herons kept moving during the exposure, they drew interesting forms in front of the starry sky.