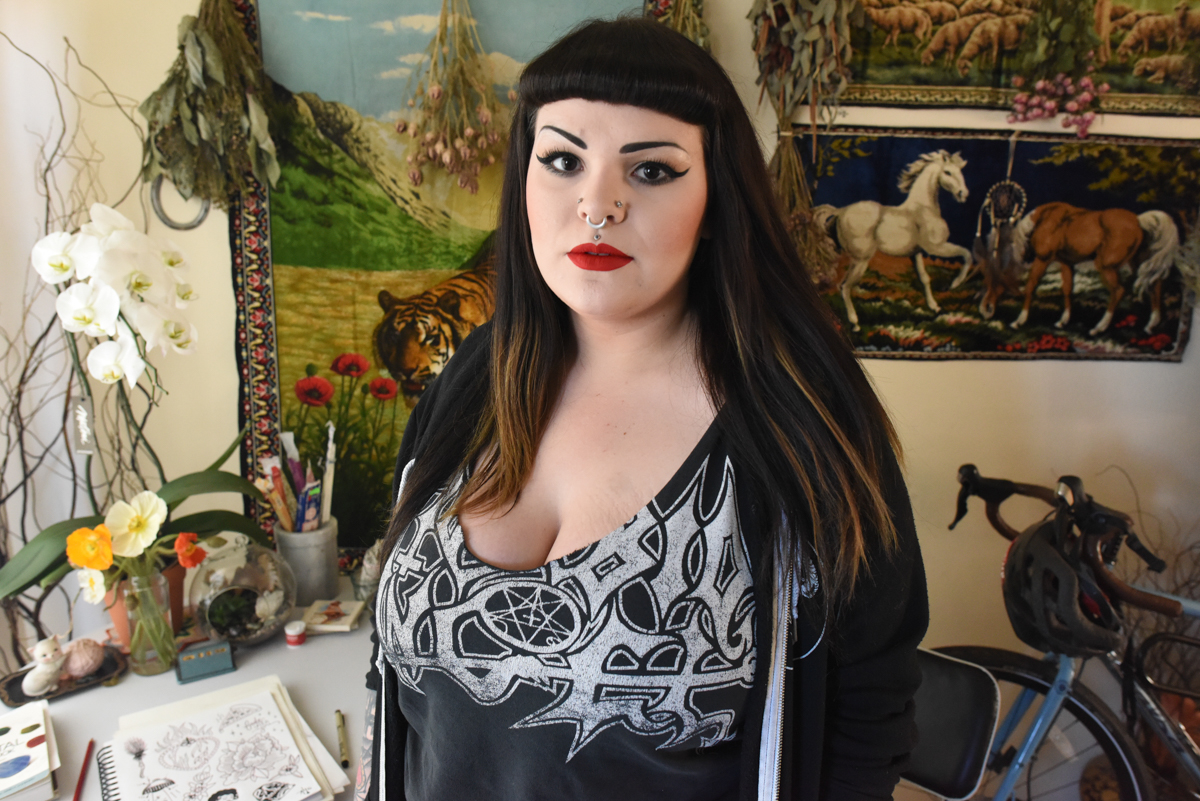 Live Loud is a series of environmental portraits documenting the heavy metal community in Portland, Oregon. Through my portraits, I delve into the interrelationship of identity and place. These images are a selection of a larger series of about 100 images, all shot in locations of the subjects choosing, using natural light or flash, with my nikon D810. This series addresses the tension often found in wanting to be seen but never fully known, wanting to be known while being non-transparent to others. I focus on the portrayal of individuality, the beauty and pride, the peculiarities of appearance and character, and the uniqueness and personality of each person I photograph. This has been a difficult and, at times, frustrating task, as identity, identity portrayal and identity representation are all intricate, complex and often fluidly shifting concepts. Ultimately, through these individual portraits I capture the essence of the Portland heavy metal community as a whole, and turn it into art.

Author: Gita was gifted an old 1970s Nikon35mm camera for her 12th birthday and fell immediately in love. She clearly remembers her outlook on life changing when she held the camera. Gita studied photography at UC Berkeley, SOCAPA (School of Creative and Performing Arts), the Oxbow School and received her B.A. in Fine Arts at Reed College. She specializes in portrait photography. She believes that the creation and portrayal of an image becomes a collective effort. It is the play between objectivity and subjectivity and portraiture’s portrayal of identity that has fascinated Gita the most.