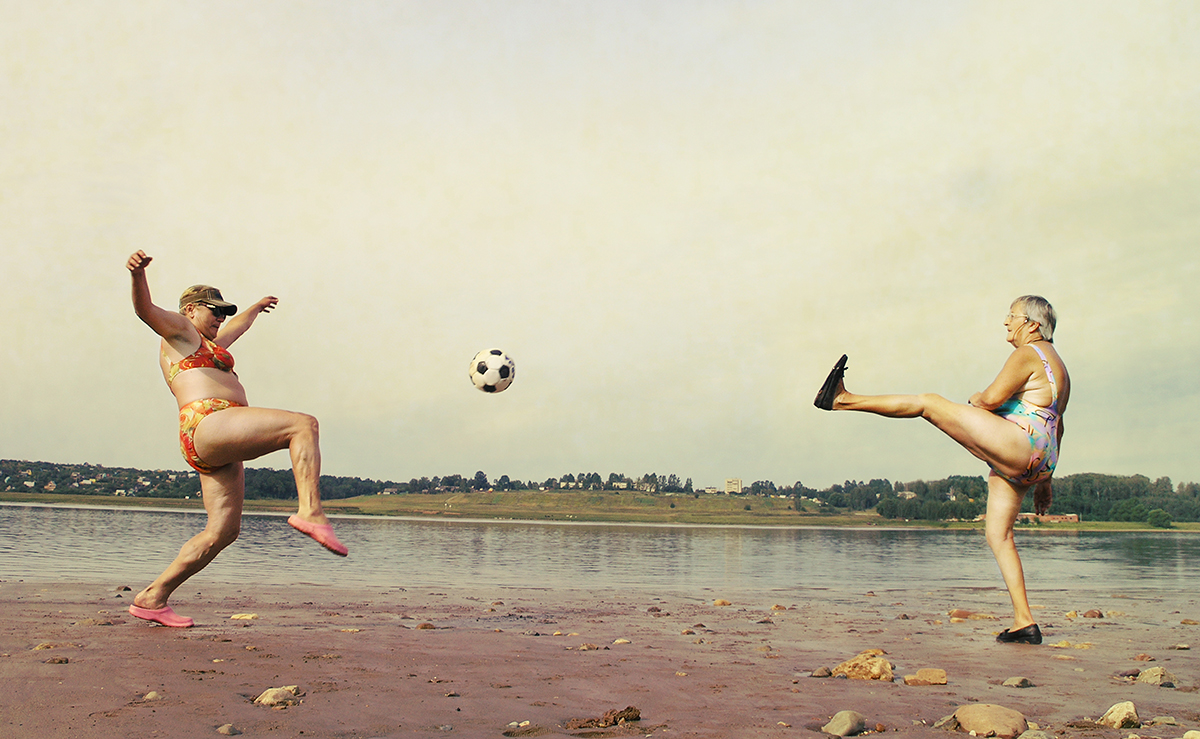 Every summer I come to one village where I have two "girlfriends".
Here, under the supervision of my camera, they twirled hula hoop, then played soccer, then did gymnastics.
So because in this photo only one episode of a long photo series.

Author: Born in 1981 in Yaroslavl (Russia)
1998-2004 — studies at the faculty of architecture
2006 — takes up photography
2007-2009 — works with the Russian writer Yevgeny Grishkovets for whom he illustrates a play and directs several music videos for his songs.
2008 — is invited for the first time by Olga Sviblova to participate in the Moscow Biennale
2009 — releases his first book «Costarica-soul», in the same year he is represented in Europe by the CLAIR gallery (Munich). In the winter of 2009/2012 takes several long journeys, exploring South-East Asia, South and Central America and the Caucasus.
In 2012, with the publisher Kehrer releases his first European book Planet Lovigin, followed by a new Russian-language edition of «Indian summer» of his trips to India.