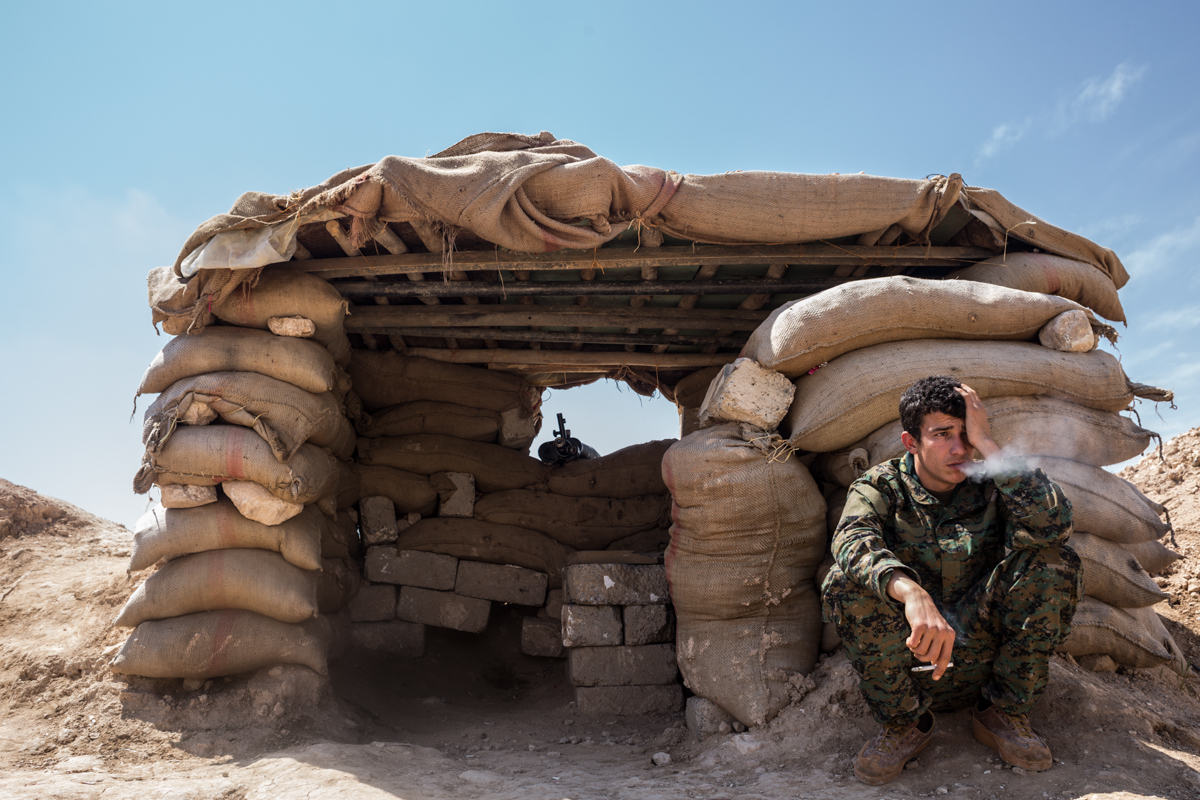 Ezidis are a religious group of about half a million people who is native of the northern Iraqi province of Nineveh. They share the same language and much of the culture of the Kurds of Turkey and Syria. Because of their attachment to a cult of pre-Islamic and gnostic origin they’ve been received years of strong repression. In last three years Ezidis, have been the main targets of ethnic cleansing by IS militiamen, along with Christians and Shiites. Everyone remember their fugue towards the mountains of Sinjar, when IS began a strong offensive in northern Iraq on early August 2014. At that time, IS forces committed a massacre, killing over 5000 Ezides men and kidnapping other thousands of women, sold into slavery in Mosul or Raqqa. The population who survived to the attacks fled in the mountains around Sinjar where it was trapped without food, water or medical care, facing starvation, dehydration and the risk of more incursions by IS. Fortunately PKK and their local allies with also YPG forces from Syria open a corridor towards the mountains to Rojava ( Northern Syria, led by Kurdish forces) in order to make them flee safely. Thousands of Ezidis get safe in Rojava or in Anatolia at that time. Despite it today more than 35.000 people are still living in the heart of the mountain within self-made tents within an area crossed by continuous tensions. Several frontlines areas against IS around Sinjar are still defended by PKK local allied forces of YBŞ, composed by Yazidis people. In this photo a young ezidi YBŞ fighter relaxes in front of his watching position on the frontline against IS on Shengale’s outskirt, during a moment of calm. He was one of the fighter who in August 2014 saved the life of thousands of people.

Author: Giacomo Sini born in Pisa, (Italy) in 1989. In 2014 he obtained a degree in social sciences at Pisa University. Traveler, has passed through fifty countries photographing the social and political realities. Passionate about the Middle East and Central Asia, has photographed many times the reality of conflicts in Middle East, focusing primarily on the struggles of the minorities He has lived in Istanbul for some months in 2015. Giacomo participated at the master in Contemporary photojournalism 2014-2015 at "Officine Fotografiche Roma" in Rome, where he was chosen to expose his reportage of Kobane and Kurdish refugees at the national exhibition of "Fotoleggendo 2015.
Today is living in Livorno, (Italy) but he sometimes moves to Middle East.
His works has been published in Vice Magazine, L'Express, El Pais, Il Manifesto, Die Zeit, Kansan UUtiset, Neon Stern Magazine.