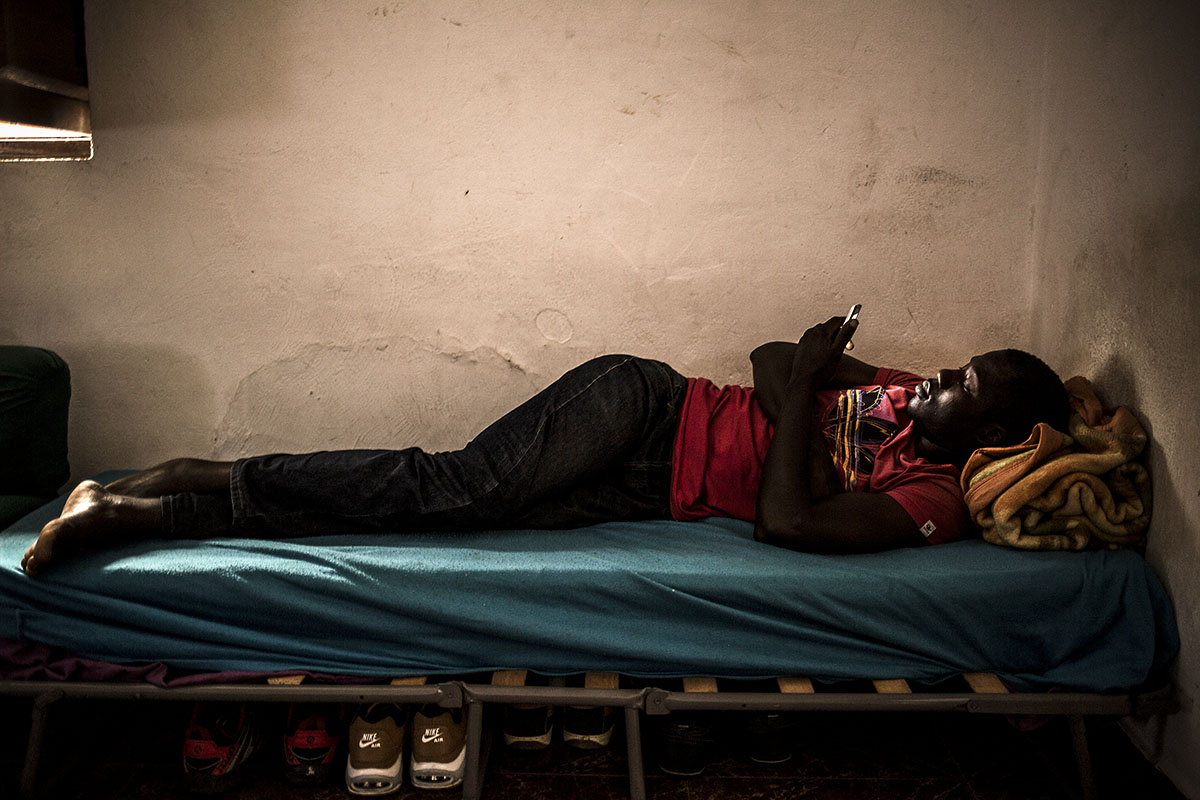 A young senegalese man talks to his family via Skype on his smartphone. He came to Spain on a dinghy crossing the Mediterranean Sea from Morocco looking for a better life in Europe.
Now he lives on the edge of poverty with other eight african men in a two bedroom house in Motril, Granada.

Author: Born in Jerez, Spain 1980. Studied photography in UK, finishing on 2005
Soon after moved back to Spain to start contributing to a newspaper, other newspapers and news agencies followed. Has published his work on national newspapers such as El País, El Mundo, etc. and internationally on The Wall Street Journal, The Washington Post, The Newyorker, etc Nowadays works as a freelance documentary photographer and photojournalist.