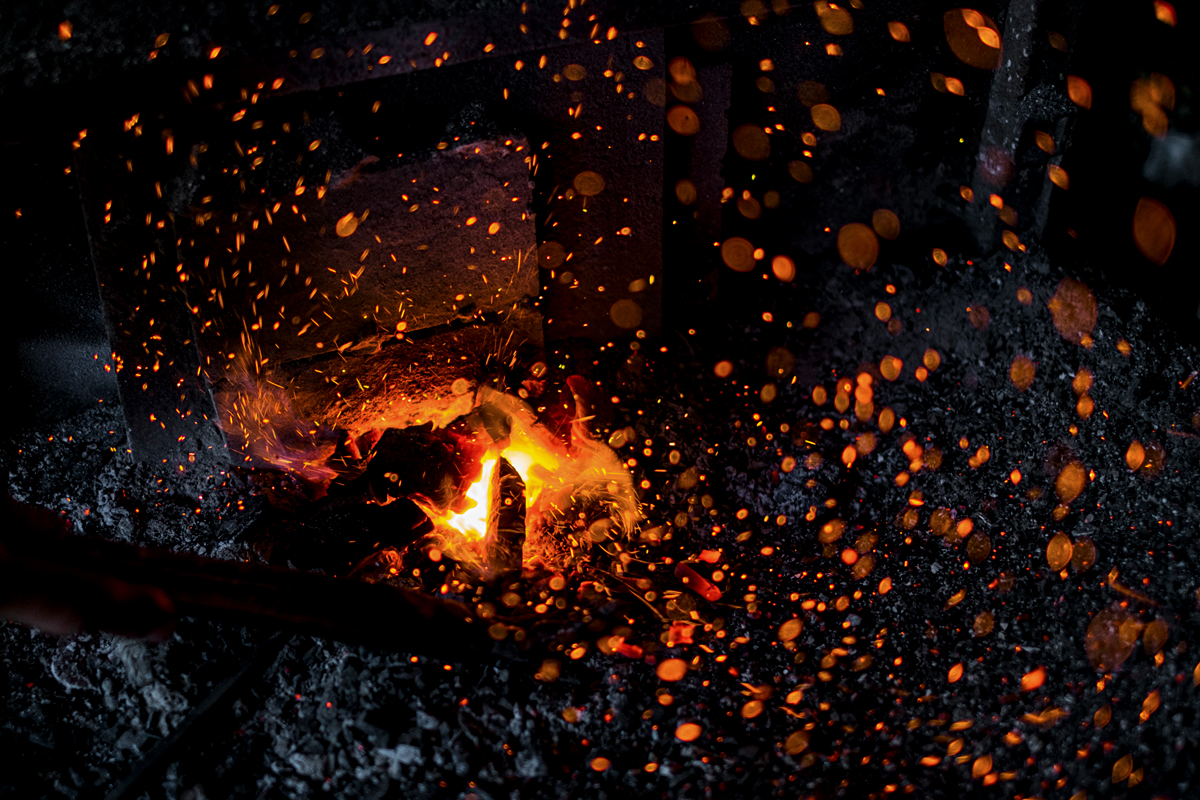 Honorable Mention: Photojournalism - Luigi Avantaggiato, Italy
Peja/Peć, Kosovo. In a workshop of a blacksmith the fire is turned on for metalworking.

Kosovo is a militarized country invaded by a NATO peacekeeping force that holds ethnic rivalries that continue to sneak under an apparent quiet.

This photo is a part of my project Embers, a photographic reportage that attempts to describe today's Kosovo, a buffer state where Nato troops maintain harmony between groups that were in conflict two decades ago. The photographic account illustrates how the isolation of the Serbian enclaves in Kosovo lies not only on ethnic issues but also on ideological and psychological beliefs that affect Kosovo Serbs' daily life and choices. On the other side, there is the renaissance of Kosovar Albanians, which, thanks to their urban, industrial and touristic growth, boast their often idle progresses and celebrate the identity of a country that is trying to resemble its European counterparts.

Author: Born in Zurich in 1984, Luigi Avantaggiato is a Rome based freelance photographer specialized in documentary, editorial, and cross-media project. He started working as a documentary photographer after his doctoral studies in Visual Studies, which helped him to develop a profound interest in global social and environmental issues. Because of his work he has visited several countries in the world in state of emergency: Lebanon, Iraq, Colombia, Greece, Kosovo. His images have been published in several newspapers and magazines, such as Il Corriere della Sera, D di Repubblica, Panorama, VICE, Lensculture and others. His works took part in several international exhibitions, such as Photomed Festival (Sanary-sur- Mer, 2017), FotoGrafia – International Festival of Photography of Rome XI ed. (Rome, 2012), Fotografia Europea (Reggio Emilia, 2014), Juraplaz (Bienne, 2014) Biblioteca Medicea Laurenziana (Firenze, 2015) and others.