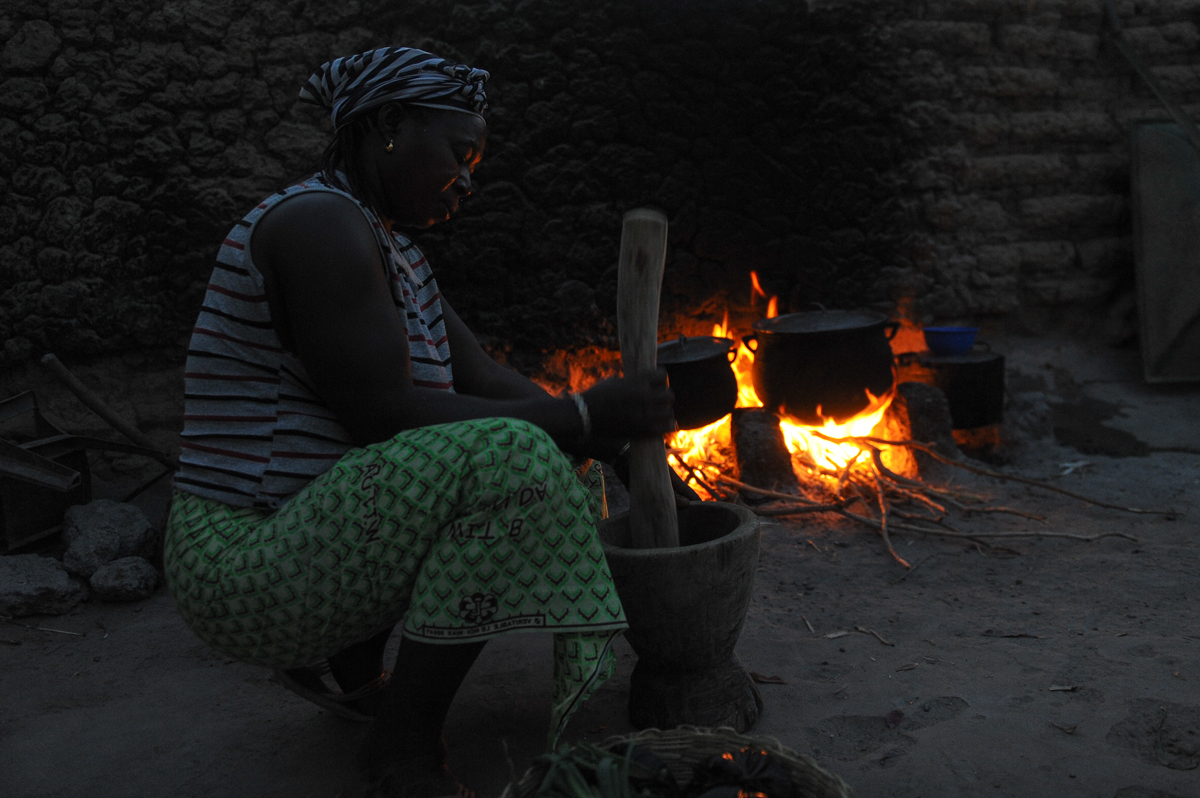 Pouline Kabré is
thirty-six years old, has three children, and was married by the Catholic Church
to Paul, her husband. As is the custom in the region where she lives, after
getting married she left her home to live with her husband´s family in Kiuo, in
Nanoro province, in the north of Burkina Faso (Africa). She has to fetch (nondrinking)
water at least three times a day to meet her daily water needs, and to
brew beer. One out of every three Burkinabe women walks a minimum of 5
kilometres every day to fetch water, and each family needs approximately 20
litres a day. Pouline gets up at sunrise - 5:30 a.m. - every day, and prepares the
meals for the whole family. She brews beer and sells it in the market to make
some money. The well is two kilometres away, but in the dry season (which
lasts about eight months of the year) the well is dry, and so she has to walk 6
kilometres every water-collection trip. The water she collects is not drinkable,
and when she gets home she has to boil it several times before it is fit to drink.

Author:
I have over 25 years of professional experience in the world of photography. I began my career by studying at the Image Processing Centre in Barcelona at the beginning of the 80s, and then went on to study photojournalism, and photographic sensitometry at the University College of Image and Design in Barcelona. I have also taken several courses to learn new digital software skills, including editing, retouching, and formatting photo files in Photoshop and Lightroom, and have started to acquire the skills need to work in the world of multimedia photojournalism by learning how to use Final Cut, a video editing software programme, under the guidance of Paco Elvira.
When I first began my career as a photojournalist, my previous experience as an elite swimmer led me to focus on the world of sport.
Although I have continued to work as a sports photographer, the start of 2000 marked a new stage in my career as I began to focus on events and press photography. At the same time, over the last decade my personal beliefs and values have led me to volunteer my skills, and work in collaboration with several NGOs, In April a photo report I had prepared on the problems of obtaining drinking water was published in Planeta Futuro of El Pais, and in December I began work on another photography project: “Water, Agua, Eau”. “One day with Pouline” in Tribuna Feminista.