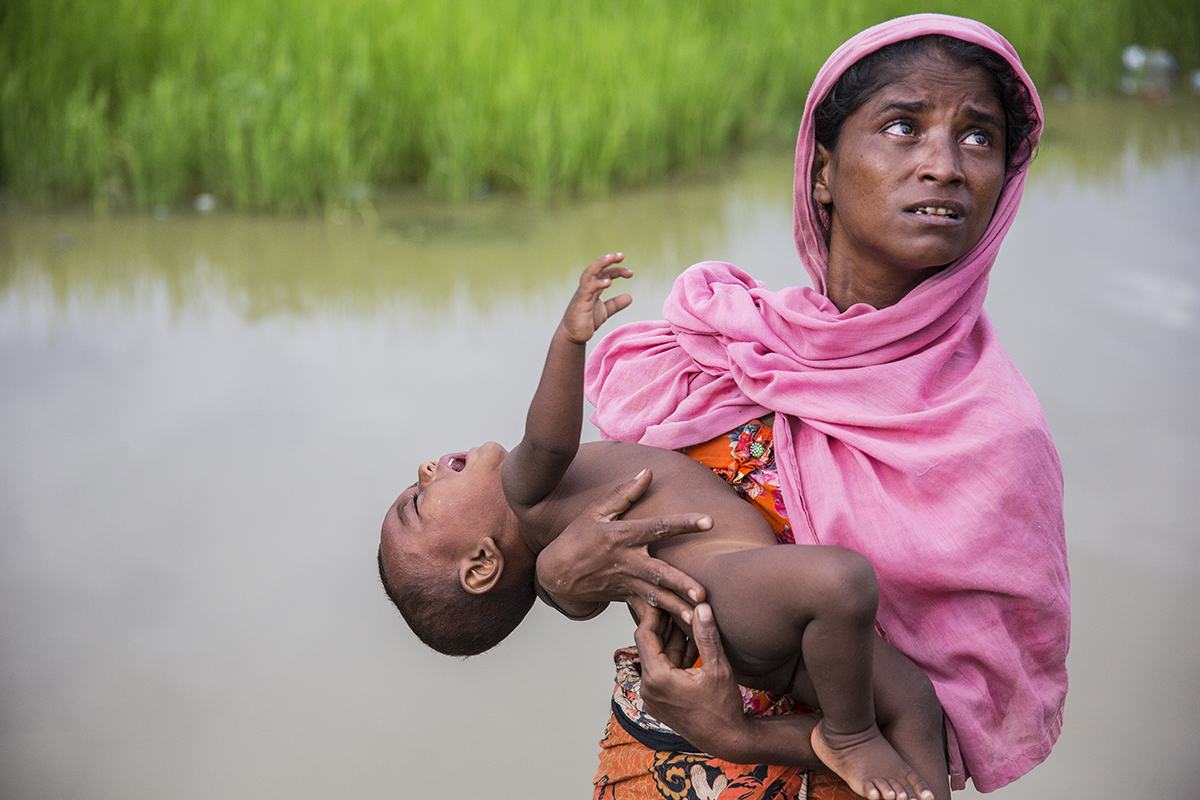 Rohingya's exodus_Bangladesh, Cox's Baxar, Palangkhali's area. A Rohingya's mother with her sick child. Most of children suffer of high fever, epidermis problems and dysentery. Same day, more than 15.000 Rohingya, after crossed border between Myanmar and Bangladesh, waiting their turn to receive food and medicine on small tongues of sand in the ricefields. After they will be send in a refugee camp.