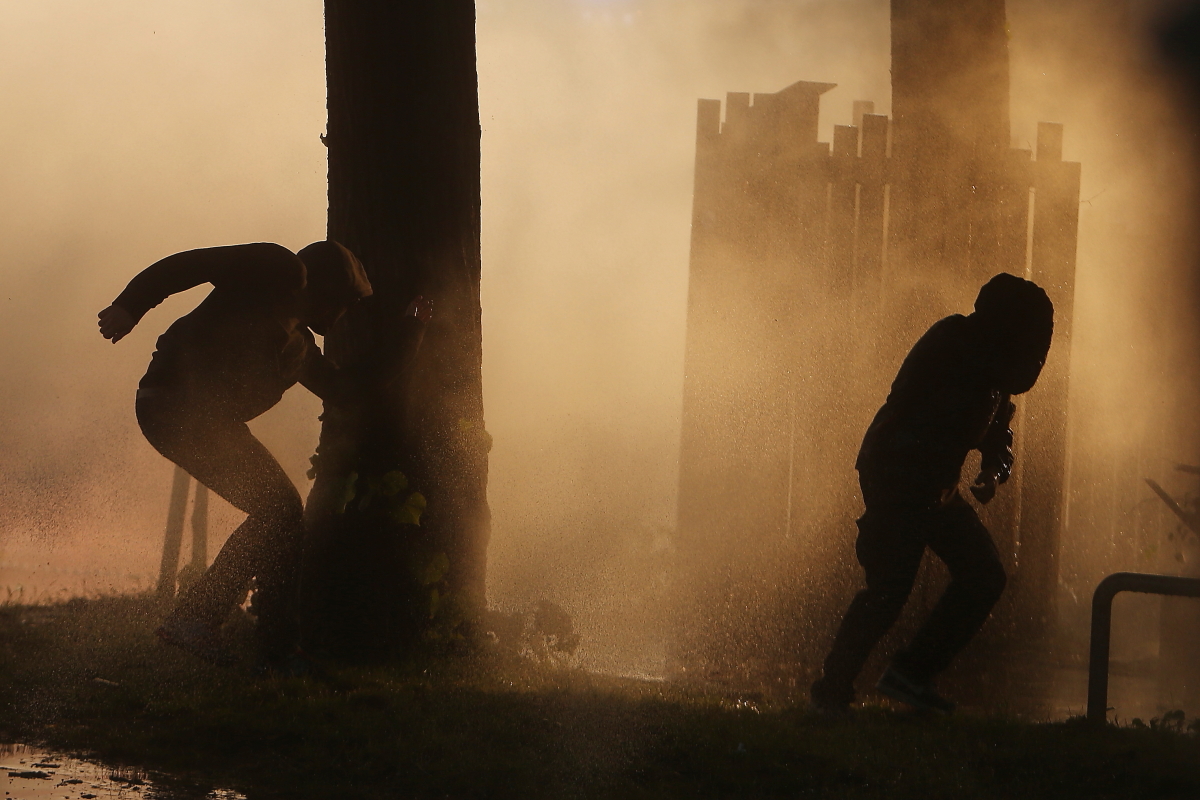 Water Cannon being used against Protesters in Hamburg during the G20 Talks. The shot was taken as protesters tried to block a road.The Police resorted to use of the WaWe 10 Water Cannon as can be seen in the shot. Subsequently 2 protesters resorted to throwing stones and bottles at the Police who retaliated with Water Cannon and a Snatch Squad.

Author: I'm a Scottish born Freelance Photojournalist living in and working out of Düsseldorf Germany.