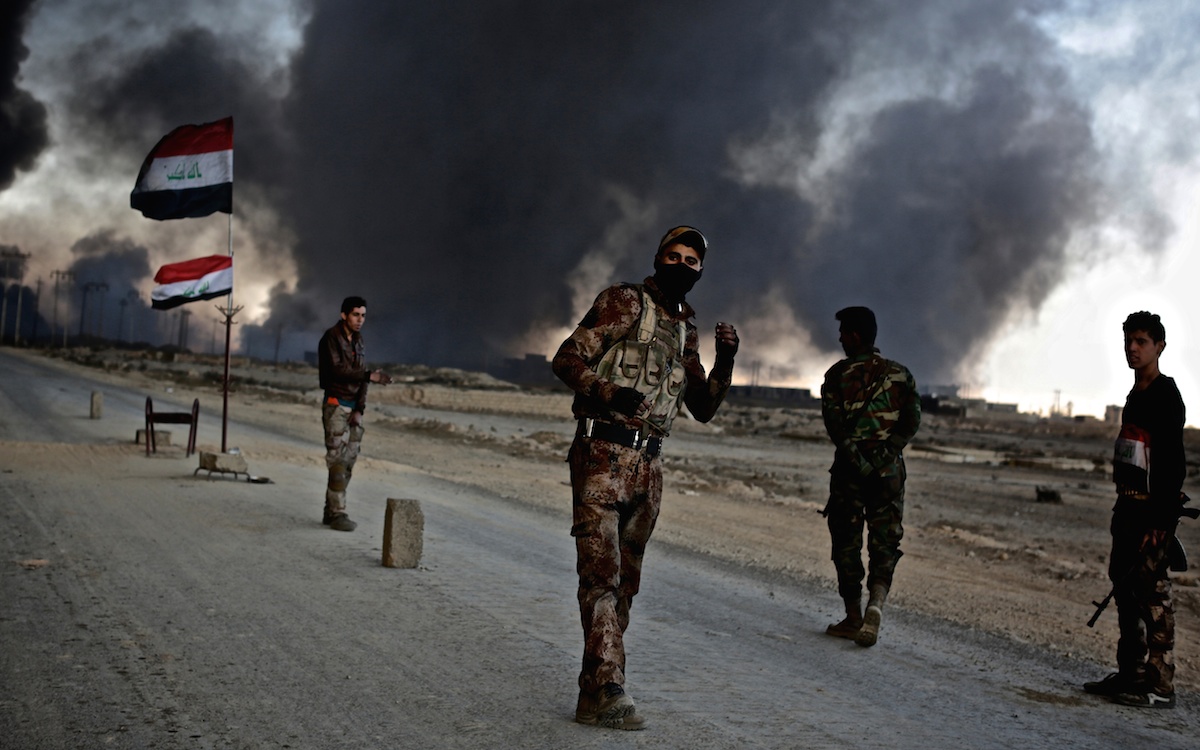 Iraqi youth ranging from 16-19 in Hashd al Shaabi youth militia maintain a checkpoint in Qayyarah,Iraq the group was formed after the towns liberation in October 2016. Their job is to maintain a road check points and patrol the area and keep up a presence of security near the burning oil wells that were set ablaze by ISIS militants during their retreat from the town. These young boys have the task of road security and report on suspicious behavior in the town for fear of isis supporters still residing in the area. (Photo by Osie Greenway)

Author: Osie Greenway started his freelance career in 2012 covering the Syrian refugee crisis spilling over the Jordanian border and the economic unrest in the country that was expressed in riots and protests. From Jordan he moved to Beirut, Lebanon and continued covering the plight of the Syrian refugees and sectarian clashes linked to the Syrian conflict in 2013-2014. Late 2014 he arrived in northern Iraq to cover the war erupting as the group known as ISIL stormed military bases and captured the city of Mosul from the Iraqi Army. There he stayed until the summer of 2015 documenting the war between the Kurdish Peshmerga and the Islamic State group. He was previously based in Iraq covering the offensive to retake the city of Mosul. His work has been displayed in exhibtiions in London, Paris, New York City, Brussels, Moscow, Berlin.