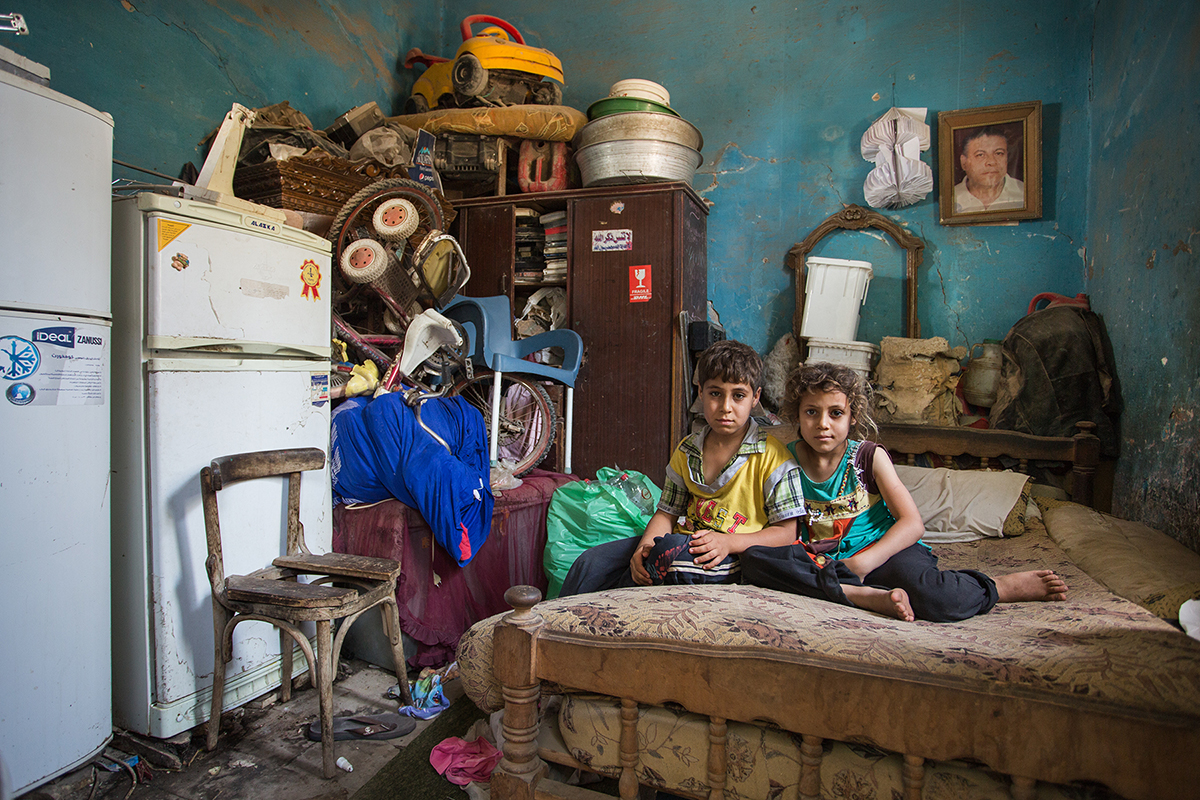 Honorable Mention: Photojournalism - A Fedorenko, Germany
City of the Dead

„The City of the Dead“ is an ancient cemetery that is a residential neighborhood for the very poor people in Egypt. Cairo's alternative for those who are the poorest, live in „The City of the Dead“ area between graveyards. A life between tombs and mausoleum structures, where people live and work amongst the dead. The settlement is far from legal, but the Egyptian government has long since given up on evicting residents. Doing so, would require the unattractive proposition of moving the inhabitants to state-built apartments or forcing the creation of alternate slums.
The first cemetery caretakers have passed the jobs on to their children and so many generations living and raising families at the same place without moving, after being forced from central Cairo due to urban renewal demolitions and urbanization pressures, that increased from the early 1950s and forward. Other residents immigrated in from the countryside, looking for work. Most of the residents are three generations of Egyptians living in the necropolis, who grew up are raising the next generations. Women with children who lost their husbands and not able to finance life, depending on other male family members. The neighborhood is poorly policed, and crime is on the rise. This place has its own rules and some of the criminals found here a place too, next to families who are raising children.
I travelled to Cairo to visit families living between the graves, to get closer to the way of life and stories each of the resident have.

Author: Alina Fedorenko was born in1985 in the historic city of Lviv, Ukraine, and grew up in Berlin, Germany. She went on to study Fashion Design in London. After a few years in London she returned to Germany and changed focus. On her first trip to India she found herself in a Photo Project and found her love and passion for photography.
My work is the result of the expirience of my travels to many different countries. Each one of those places and people has contributed to define me as an artist and person. This expirences changed my hole view of life, it influented my photography from the first try and expirence. India inspired my work from the first moment and still shapes my work supplementary. My photography is very bright and rich of colors, it is mostly about the people who has less in life. Most of my work concentrate on daily moments, situations which life creates. Usually I try not to interfered with my presence in the moments i come along, i try to keep them real and not staged in my work.