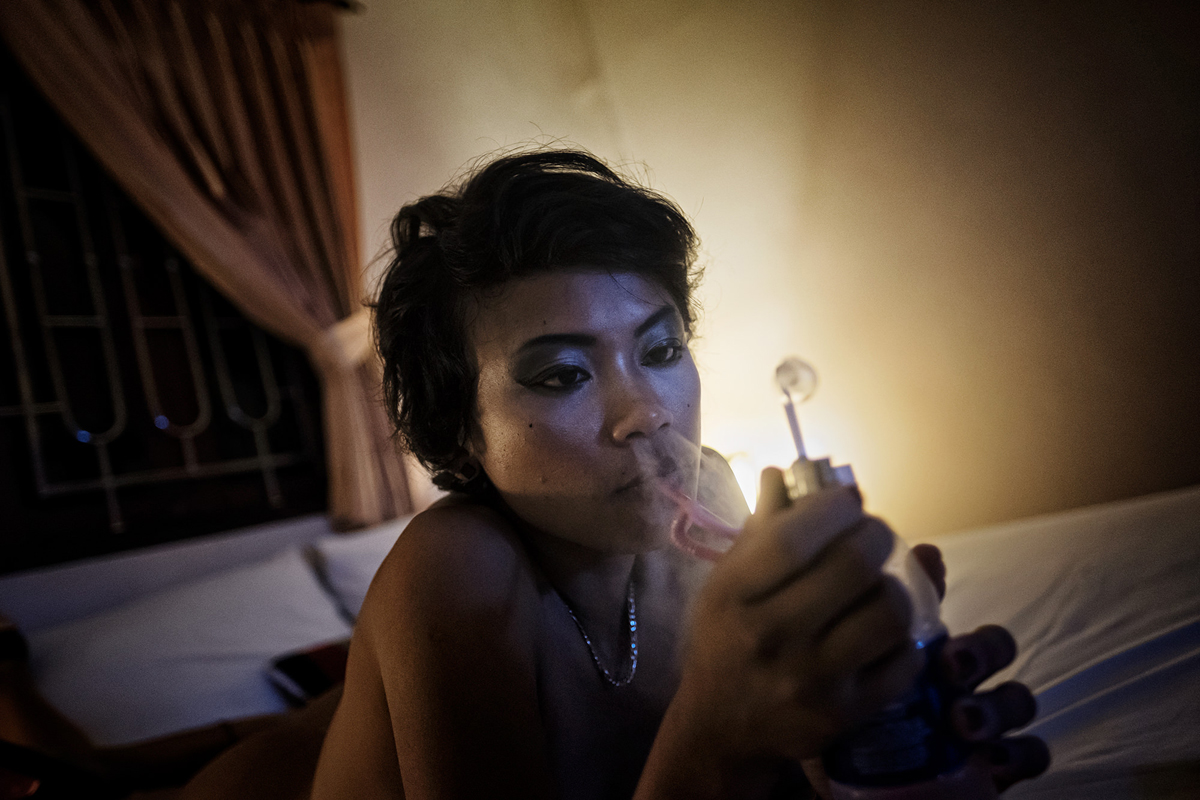 A prostitute is smoking Ice / Crystal Meth in a hotel room in Vientiane, Laos.

Ice, crystal, shabu. Called by these and other names, crystal methamphetamine use is reaching epidemic levels over a wide swathe of Southeast Asian society, from homeless children in Cambodia, prostitutes in Laos, and sweatshop workers in Myanmar to locals in Thailand.

The drug produces effects ranging from euphoria to hunger suppression and intensified sexual experiences. While some use ice to forget the often brutal reality of a life of poverty they have little hope of escaping, others use it to recharge their batteries for working long hours.

Ice is rampant in poverty-stricken areas of Cambodia, Thailand, Burma, and the Philippines. Teenagers as young as 12 have “upgraded” their bags of glue to crystal meth, leaving a generation of kids to grow up with the incessant craving for another high. This hunger can turn violent in the blink of an eye—startling authorities who are helplessly observing the rapidly growing number of teenage drug addicts as ice takes control of whole communities in Phnom Penh, Bangkok, and Burma. The recent bloody and at times extrajudicial crack-down on drug users in the Philippines is a war on both ice and its users.

Author: Benjamin Haselberger was born in 1973 in Germany.

In 1997, before starting his photographic studies at University of Essen-Duisburg, Germany, his eye was drawn to concentration camps in Germany and Poland, which he extensively worked on while being an intern at VISUM Photo Agency, Germany.

In 1998 he worked in Vietnam, Laos, Cambodia and Burma, before becoming a press photographer intern at "Frankfurter Allgemeine Zeitung" in 2000.

Finishing his 2nd studies at FAS-Berlin until 2006 , he worked in Poland, postwar Bosnia, and extensively in Cambodia for 3 years. From 2007 to 2009 he moslty worked in China, as well as Burma and Kosovo.

In 2016 he joined Redux Pictures as contributing photographer.