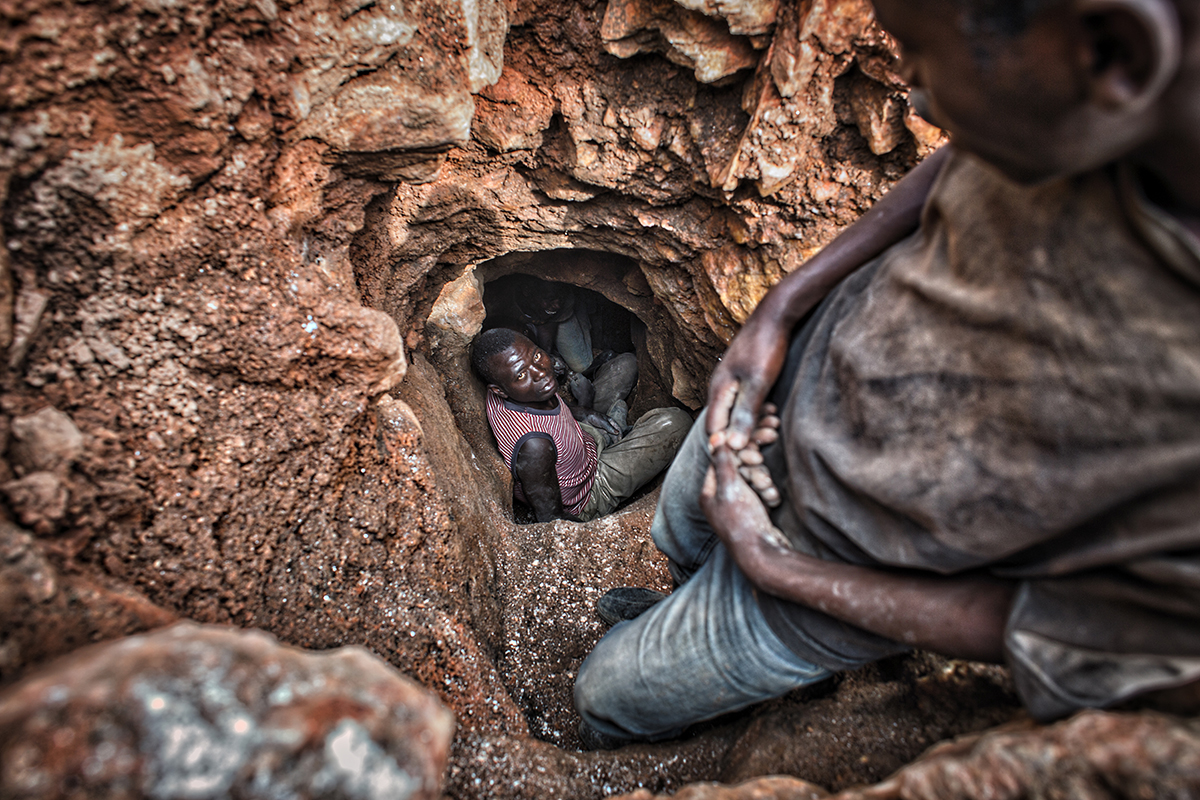 Democratic Republic of Congo, North Kivu region, mountain range of Masisi, mine of Mudere ).
Miners rest during the digging of a new tunnel finding minerals as coltan and manganese, useful for realize mobile phone, table... Once the tunnel reaches the depth of 20 meters, it will be shored up with simple planks of wood: collapses are frequent, especially during the rain season.