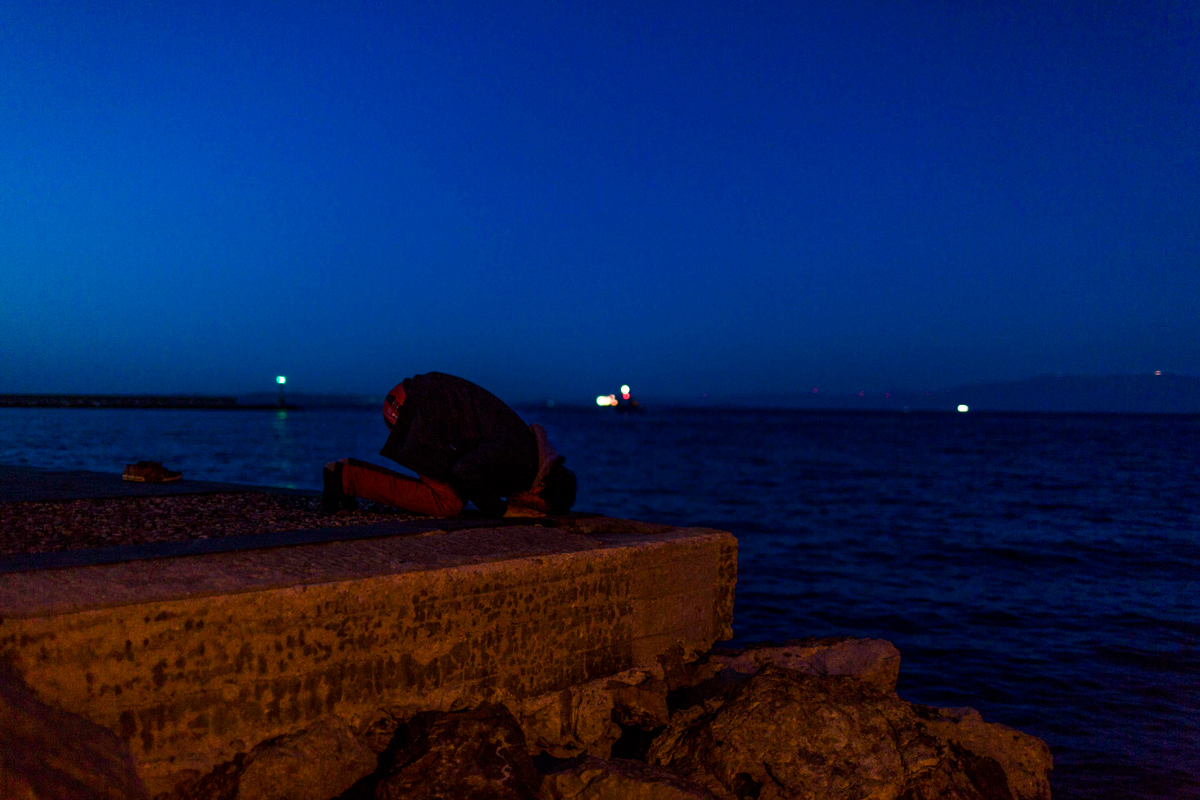 This photo is part of my project Where The West Sets, is a documentary project that attempts to chronicle the crisis as it plays out on the northern Aegean Islands and in mainland Greece. The series of photographs reflects the consequences that the refugee crisis is having on the cradle of civilization, whereas the traditional value of respecting other human beings is meeting feelings of hostility, fear, and xenophobia among the Greeks.

Author: Born in Zurich in 1984, Luigi Avantaggiato is a Rome based freelance photographer specialized in documentary, editorial, and cross-media project. He started working as a documentary photographer after his doctoral studies in Visual Studies, which helped him to develop a profound interest in global social and environmental issues. Because of his work he has visited several countries in the world in state of emergency: Lebanon, Iraq, Colombia, Greece, Kosovo. His images have been published in several newspapers and magazines, such as Il Corriere della Sera, D di Repubblica, Panorama, VICE, Lensculture and others. His works took part in several international exhibitions, such as Photomed Festival (Sanary-sur- Mer, 2017), FotoGrafia – International Festival of Photography of Rome XI ed. (Rome, 2012), Fotografia Europea (Reggio Emilia, 2014), Juraplaz (Bienne, 2014) Biblioteca Medicea Laurenziana (Firenze, 2015) and others.