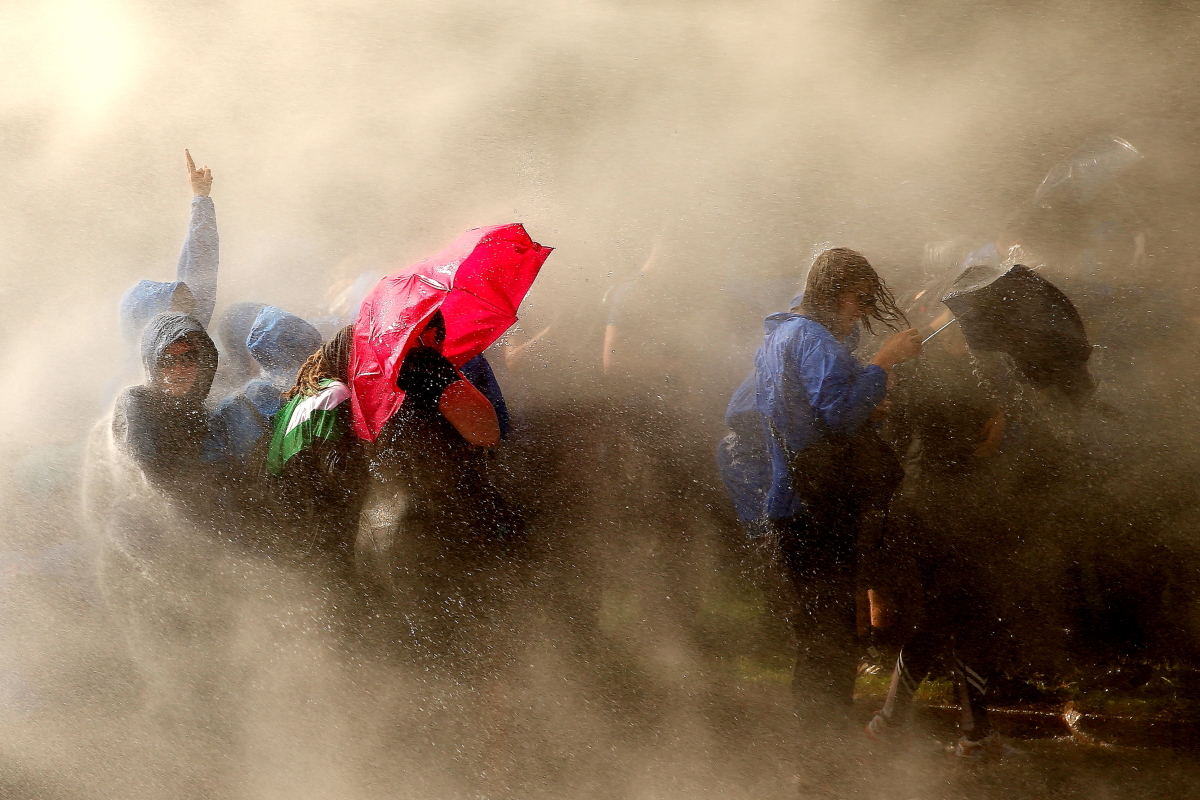 Water Cannon being used against Protesters in Hamburg during the G20 Talks. The shot was taken as protesters tried to block one of the access roads to the "Red Zone" where the talks were being held. After verbally trying to convince the demonstrators that they should move or have their spirits dampened, the Police resorted to use of the WaWe 10 Water Cannon as can be seen in the shot. Those not leaving of their own free will were physically removed by Riot Police.

Author: I'm a Scottish born Freelance Photojournalist living in and working out of Düsseldorf Germany.