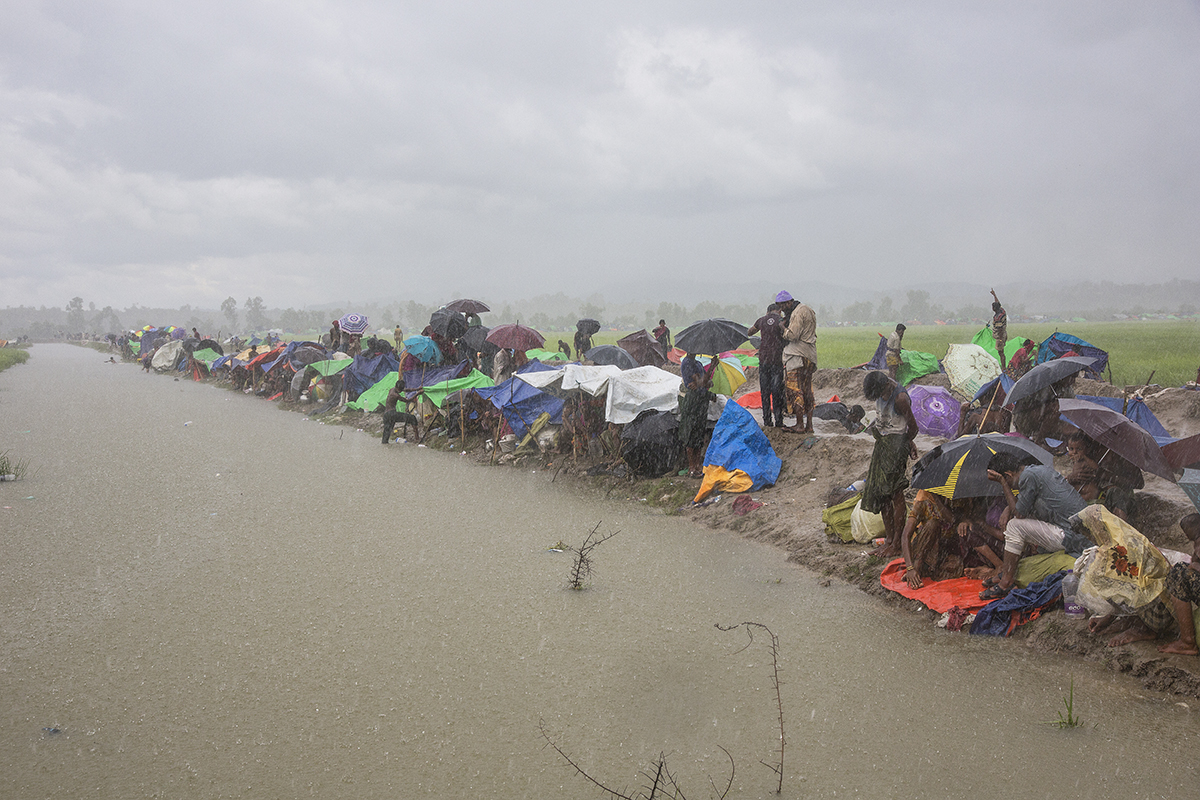 Rohingya's exodus_Bangladesh, Cox's Baxar, Palangkhali's area: Rohingya people waiting under a cold rainstorm and sitting in the mud. More than 15.000 Rohingya, an ethnic minority from Myanmar, after crossed border between Myanmar and Bangladesh, waiting their turn to receive food and medicine on small tongues of sand in the rice fields.
In last three years, more than 600.000 people arrive in Bangladesh for survive against the violence of Myanmar's soldiers.