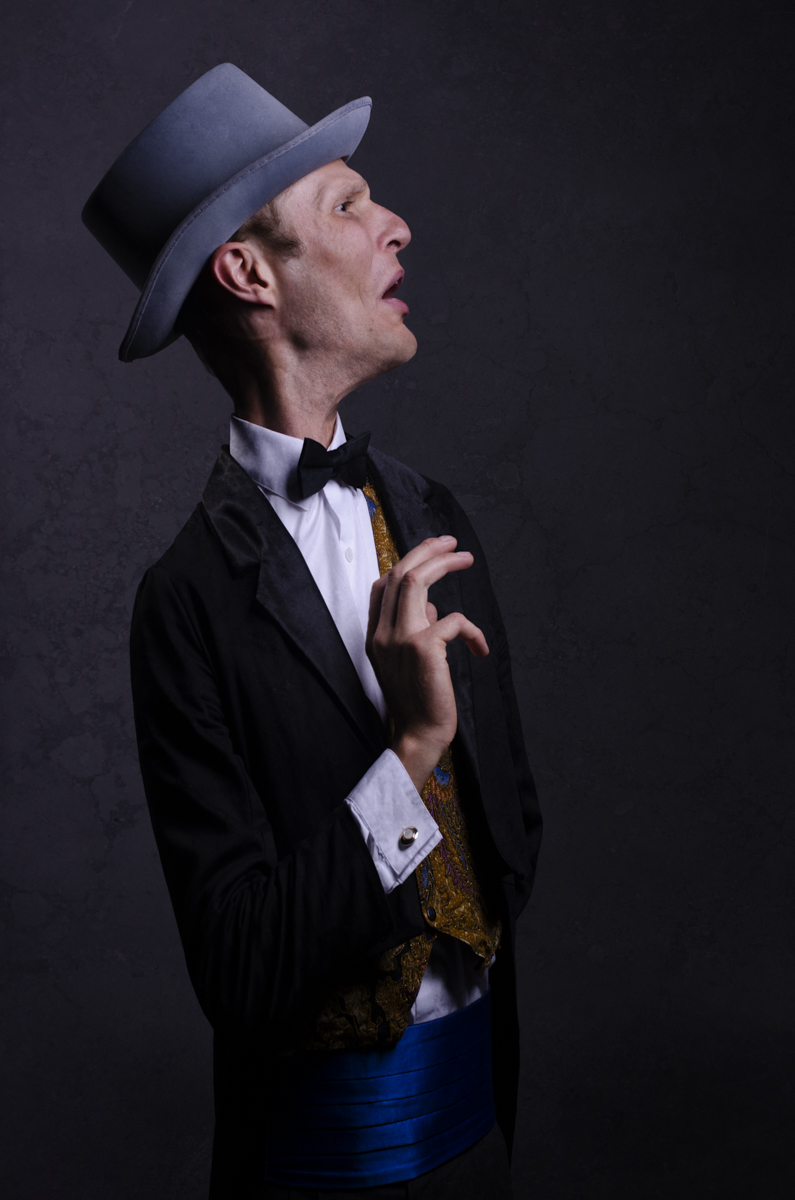 This photo is based from a character in the play "Dracula" with an uppity flavor to the character. He is very particular in what he agrees with but is also quite jumpy at the thought of Dracula coming near. He is hilarious in his remarks because he is quite sincere in his naivety of them.

Author: Sarah has earned her BFA degree in Photography and is currently a Fine Art Photographer. She is most known for photographing through odd little contraptions she's made, reflections, or adding
textures from things that many people pay little attention to and even may consider trash. Her background originally
began in illustration/painting and so in many ways this crosses over into her photography, one being that she loves textures and
layers to create more depth in her imagery.