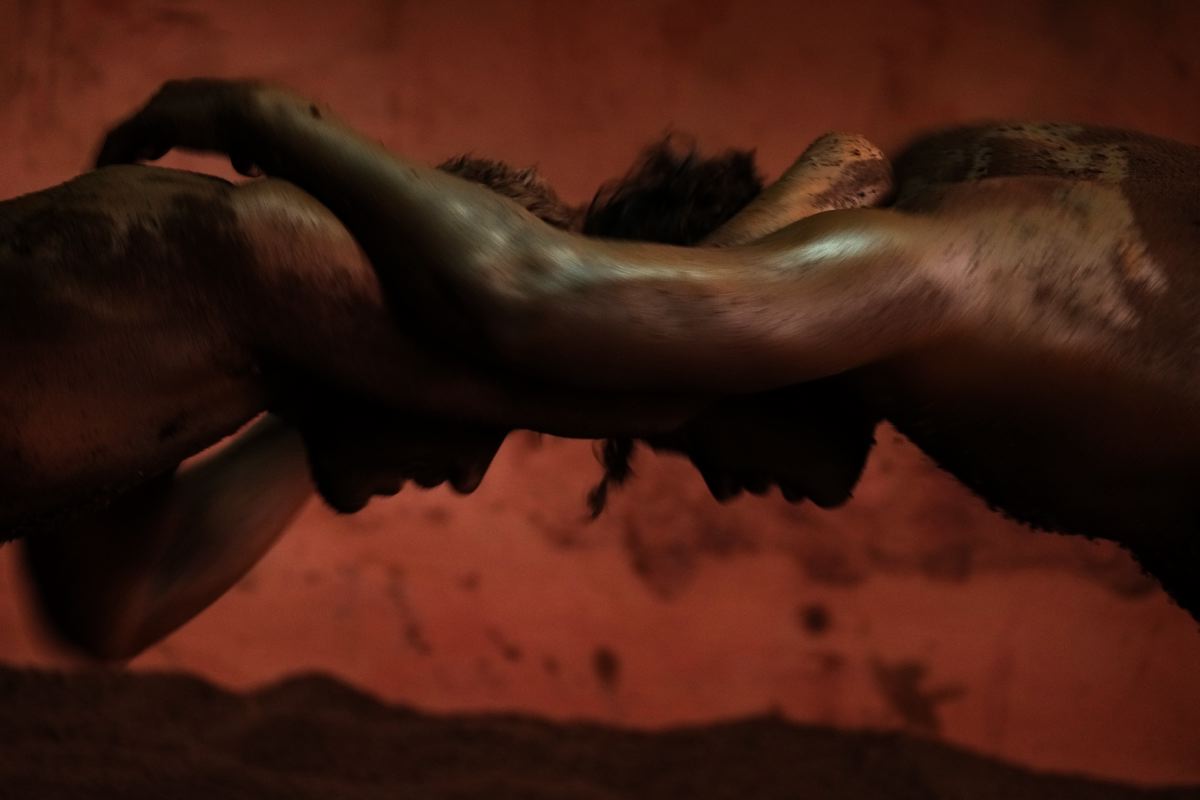 Kushti is a traditional form of Indian wrestling. Practiced in an Akhara, the wrestlers, under the supervision of a guru, dedicate their bodies and minds to Kushti on average for 6 to 36 months. Wearing only a well-adjusted loincloth (langot), wrestlers or Pelwhans enter a pit made of clay, often mixed with salt, lemon and ghee (clarified butter). This clay, representing Mother Earth is renewed every 2 years. Before every match, each wrestler covers the body of his adversary with this earth. During combat, the coated bodies meld with the color of the arena. It is also a spiritual quest and a spartan lifestyle that requires rigorous discipline as in all martial arts. Experienced wrestlers set the example and transmit their skills in the pit and in the community to younger boys (7-8 years old) and new recruits, whereby promoting camaraderie, respect, solidarity and fraternity.