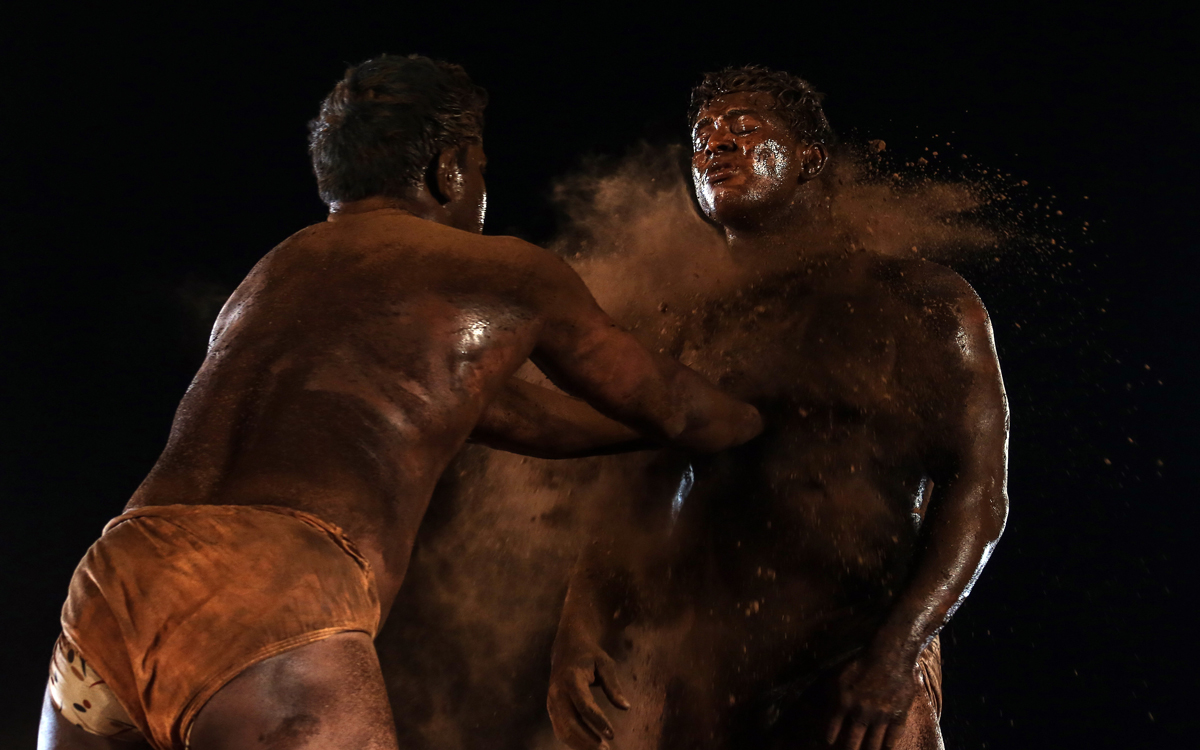 Wrestlers apply mud to prevent slipping during an Indian traditional wrestling competition also known as Kushti at a wrestling arena popularly known as Akhara during a local competition event in Mumbai, India, 20 March 2016 (issued 21 March). Kushti is a traditional Indian form of wrestling which usually takes place in a clay or dirt pit also known as Akhara. These traditional and ancient form of sport is slowly losing its shine to modern wrestling but a few dedicated people try to continue to train themselves and keep this culture alive.

Author: Born in Amreli, Gujarat (India) in 1981, Divyakant Solanki is a self-taught photographer. He developed passion for photography after finishing his Diploma in Computer Engineering and joined as a photographer with Business Standard in Ahmedabad in 2003. In 2005 he moved to Mumbai to work as Senior Photographer at Business Standard daily before joining European Pressphoto Agency (EPA) in 2010.