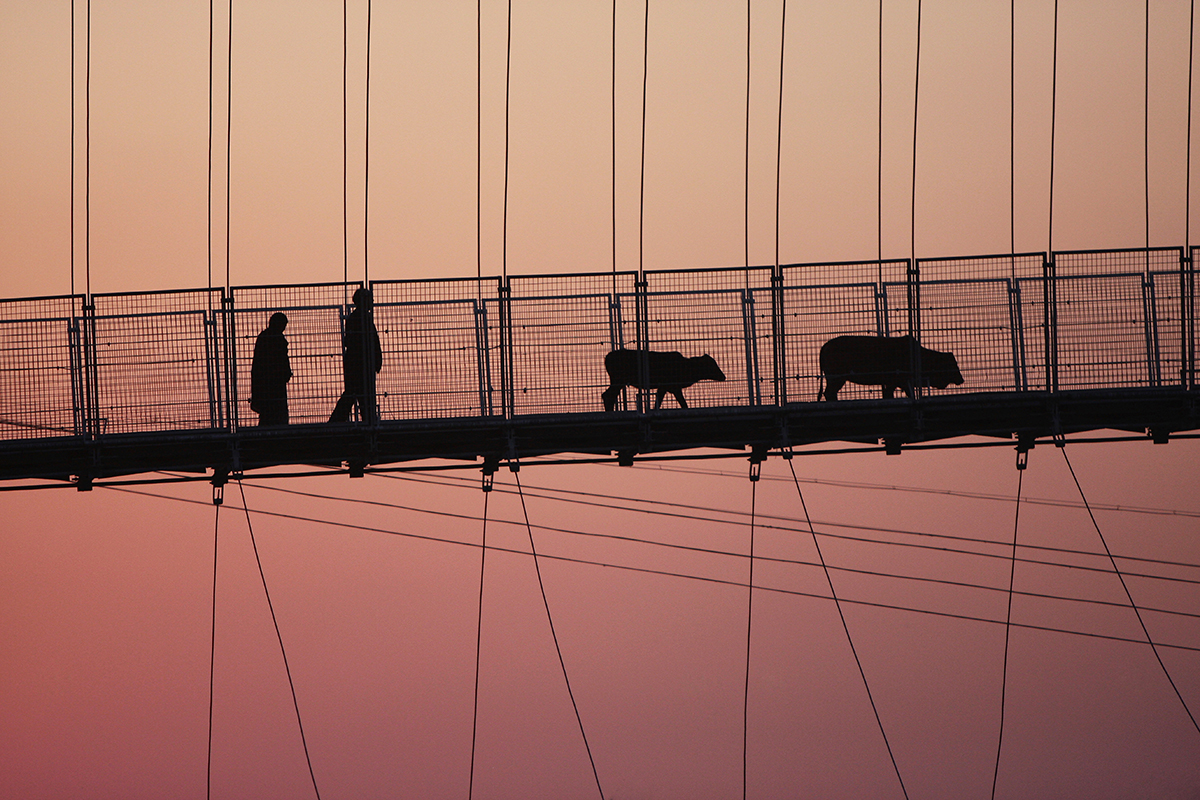 Rishikesh, Uttarakhand, India_At sunset a couple of farmers, on the bridge of Rishikesh, back home with their two cows. The bridge is like hanging in the sky.