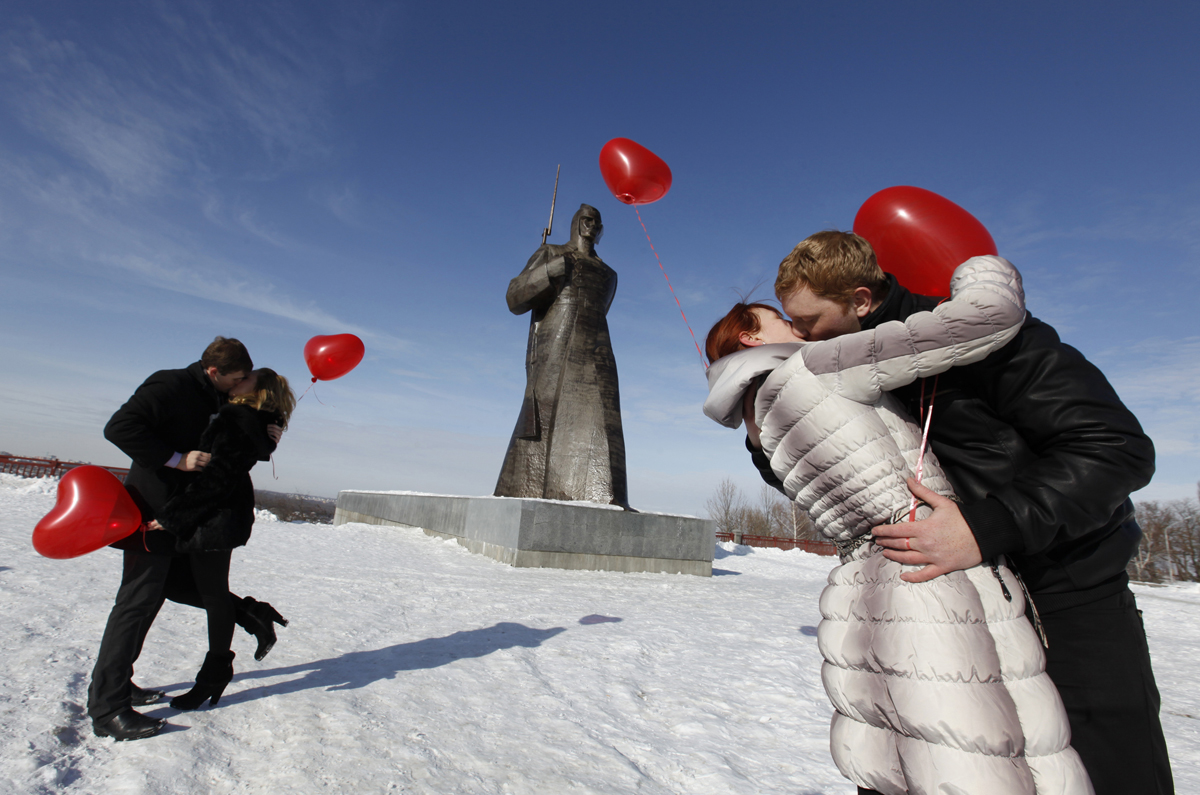 Couples kiss during a flashmob organised by a local television station on the eve of Valentine's Day in the southern Russian city of Stavropol February 13, 2012.

Author: Born in Stavropol,Russia,in 1974,Eduard Korniyenko became a professional photographer in 2000. In 2002 he joined the Russian Union of Journalists.At present,Korniyenko is a full-time photo-correspondent for the regional newspaper Stavropol Pravda and a freelancer for the news agency REUTERS.Several international online news outlets have published Korniyenko's photographs.His work as a photojournalist has focused on developments in Northern Caucasus,which has experienced ethnic and intercultural conflict and political and economic instability.