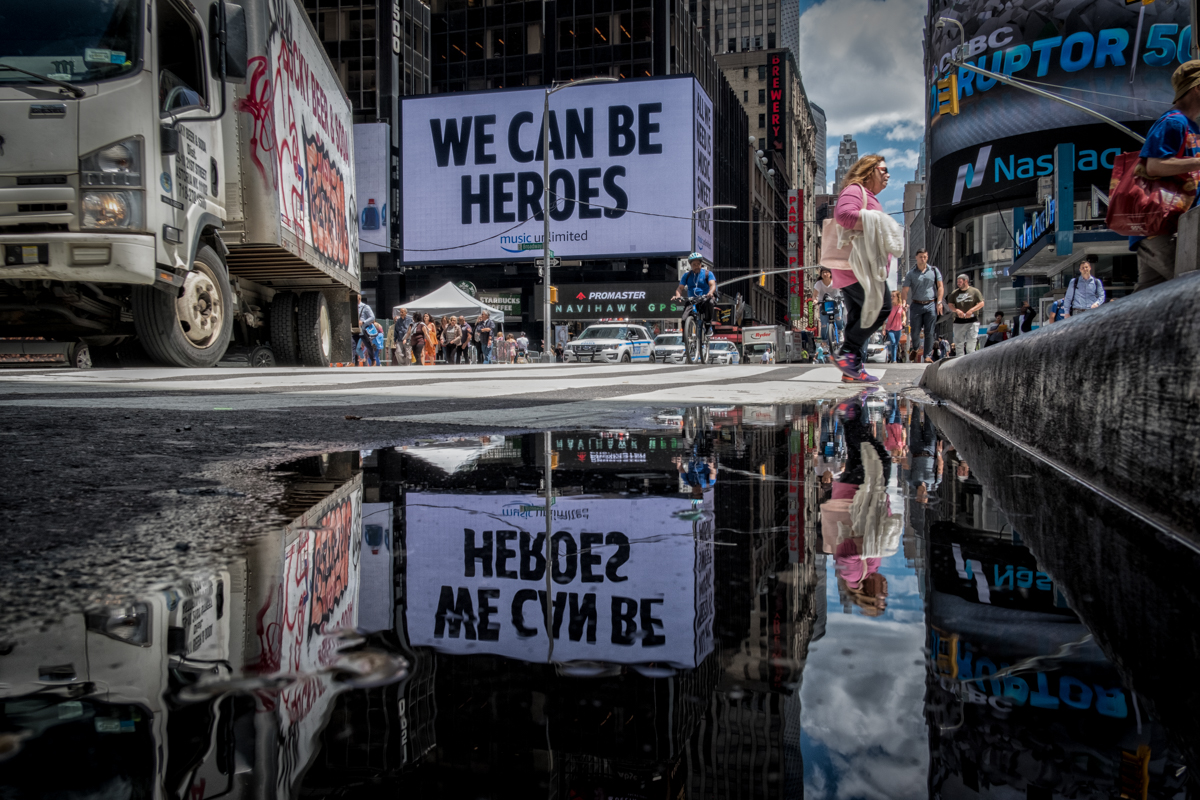 I create puddle reflection photos of city life in a Street Photography style and Heroes is a capture from Times Square (New York City) in 2017.
In this case, I wanted the Heroes message to coincide with the scene of everyday people in the city. I had to wait some time to get the shot because the sign scrolled through the lyrics of several famous songs and was occasionally blocked by passing buses. The scene was shot candidly and no part of the image was staged or manipulated. Lightroom was used to enhance exposure and color in post.

Michael Graham’s journey to the world of Fine Art Photography started in the operating room..sort of. Before tearing his rotator cuff in 2016, he was working as a portrait/headshot photographer in the New York metropolitan area. After surgery, Michael spent more time in rehab than behind the camera. To feed his creative addiction, he grabbed a small point-and-shoot camera and headed to NYC for a day of Street Photography. It was there he whet his appetite for making the puddle reflection photos that have gained him recognition in the art world.