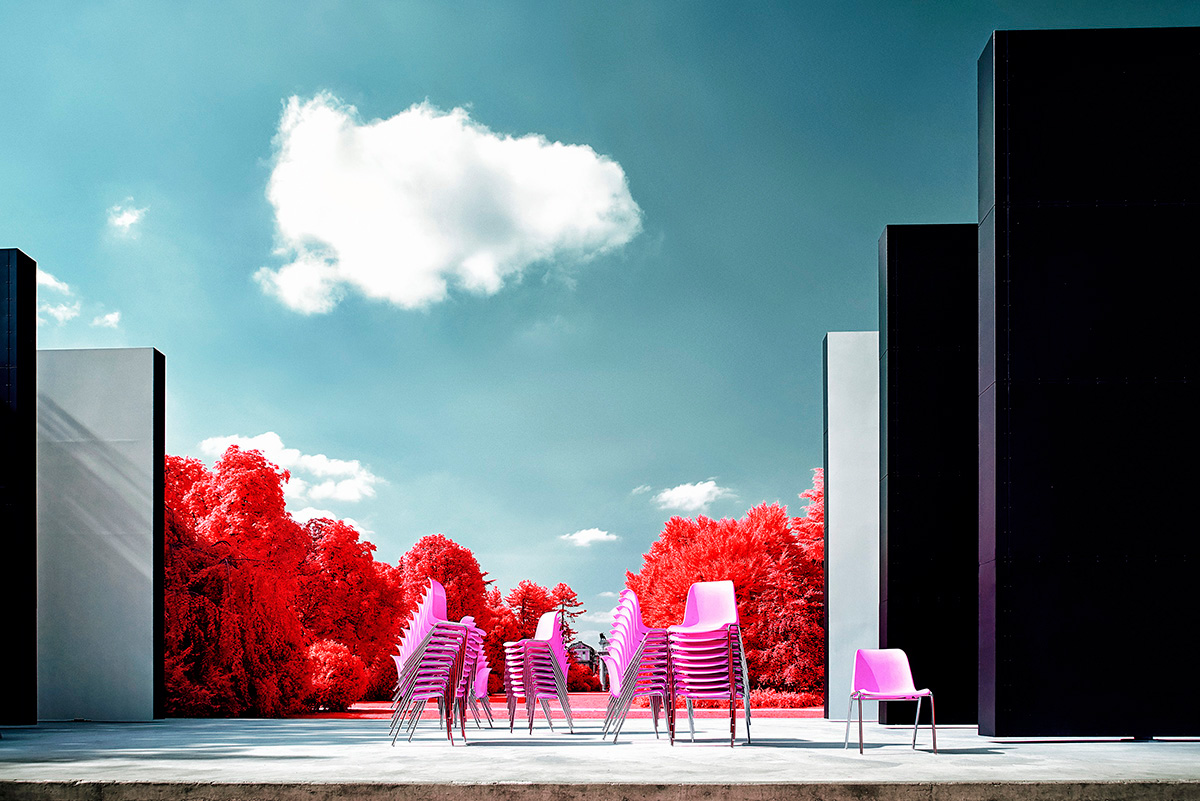 A open air Theater in a Park in Milano Italy.

Author: Red turf is the homeland of Zak van Biljon. The South African photographer, born 1981, spent his childhood and teenage years in both Johannesburg and Cape Town. 2003 he graduated as best student at the National College of Photography.
In 2004 he left the country and emigrated to Europe. It was in Rome, where he discovered another sunlight and in London, where he scored himself on top of booking lists for prestigious underground labels. He continued his career as a part-time commercial photographer in Zurich, Switzerland, exerting his mastery to his fine art projects.
His work range from digital to analog with skills in contemporary advertising and modern art photography. His main focus is the directorial handling of light – as shown in his recent art work, capture the world in infrared. The world seen in red and pink colours provides a new and impressive insight to reality as we know it.