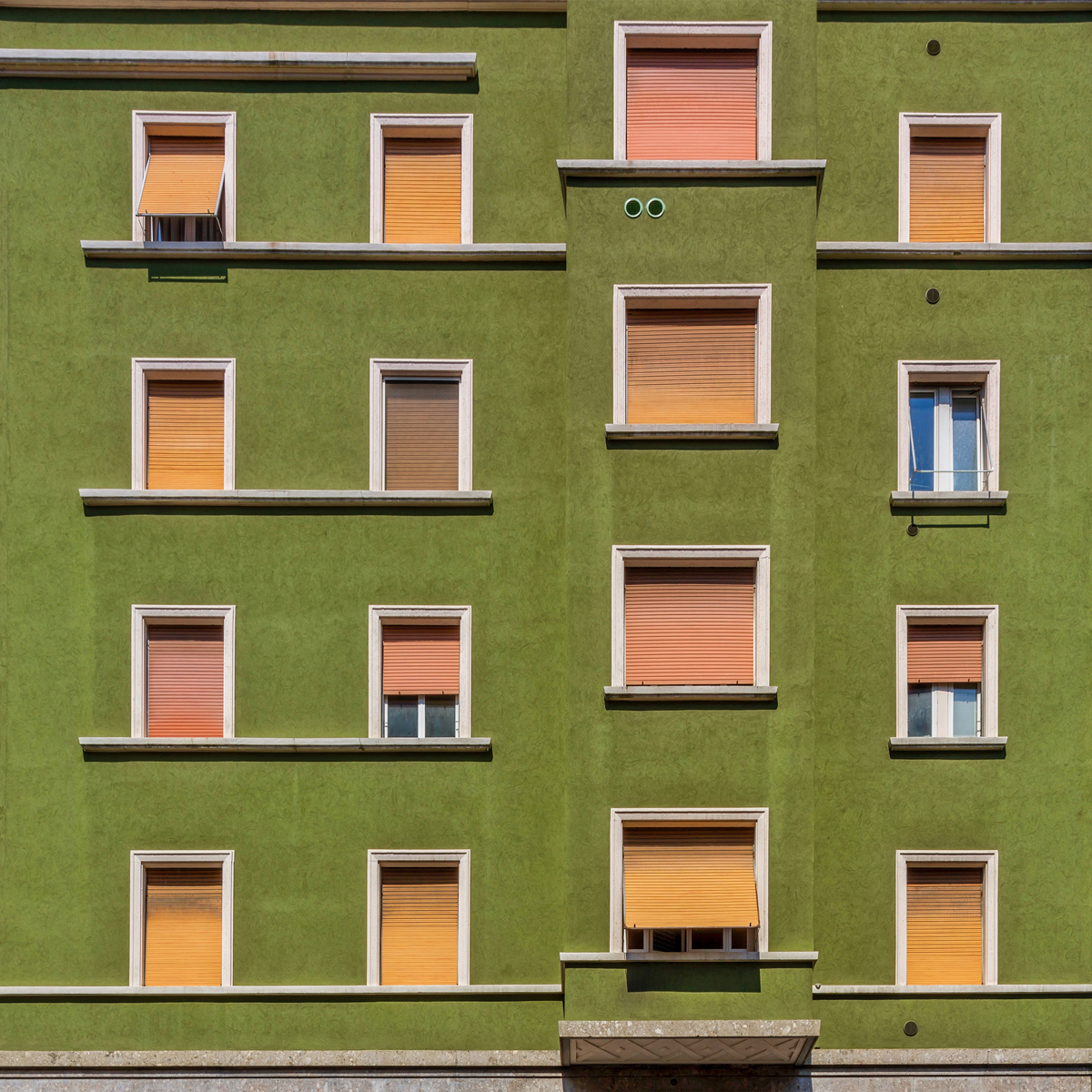 An image out of my Urban Tapestry series. Milan, Italy. In August when the heat is at its peak, the normally hectic city slows down to the speed of a turtle. The best way to survive is to take it easy as well. I was imediately struck by the beautiful olive green background, which gives such a beautiful contrast to the rhythm of the windows. The orange / brown shutters beautifully reflects the warmth of the sun. For the rest no significant changes were needed: the scale of this house in the summer felt like a song to me.

In the 1990s he was also one of the first artists to employ graphic computer electronics as a tool to create art. Around this time Paul Brouns also became more and more interested in graphic design. In 2008 he started working as a freelancer in order to free up more time for his artistic ambitions.

Inspired by the new possibilities in digital photography, in recent years he has concentrated mainly on this new medium. Because of his ongoing infatuation with geometrical patterns, repetition and luscious colours, he has developed his personal approach to architectural photography. This work resembles his early abstract work, but through photography it is more strongly linked to the world as he observes it.

His work is available in certified limited editions and is bought regularly by art collectors worldwide.