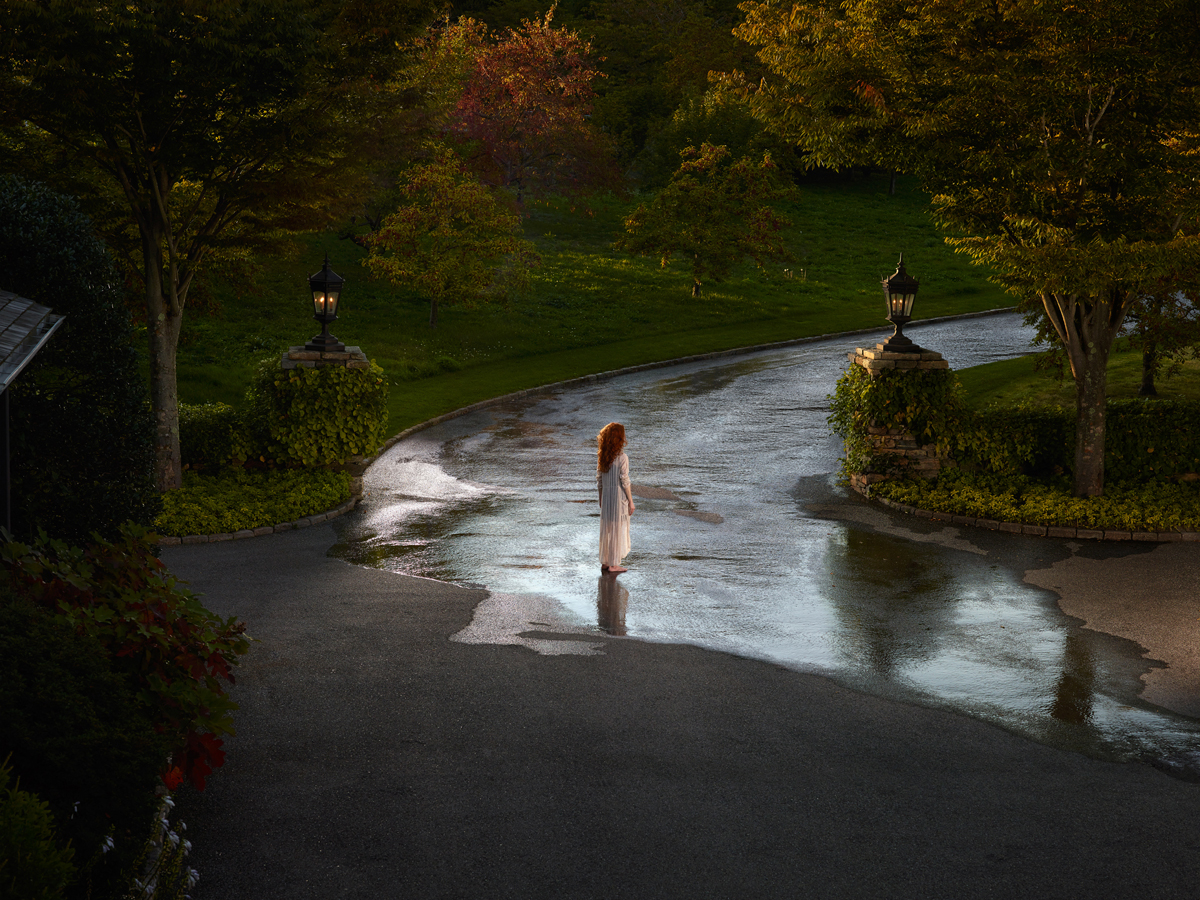 Through a cinematic and narrative vision TANIA & LAZLO explore the universe of psyche, unconscious and dream. They explore the most intimate and mysterious aspects of human nature and the relationships between memories and environment.

“In the series "BEHIND THE VISIBLE" situations of apparent normality overreach towards a mysterious and nocturnal dimension; they open to the unexpected, the indefinable, the unresolved. Their images, which are pervaded by a gentle uneasiness, by a soft and vibrant tone, similar to movie frames suspended in a dilated and anachronistic time, linger along that boundary line between what is real and what is unreal; a place where the invisible returns to send its lightning, indicating an ‘elsewhere’ that is open to the spectator's imagination. Each artwork contains an enigmatic story where you can perceive the deep, intricate, obscure and perturbing threads that link the human psyche to nature.
Tania and Lazlo's artworks are the result of a long procedural approach and a careful construction of their final image, in which cinematic aesthetics and literary suggestions, performance and installations converge. Where reality and fiction ambiguously and poetically intertwine.”

Their artwork is a fusion of photography, cinema, performance and installation. Sketches and ideas turn into real sets, costumes and props, and the scenes are carefully realized by the duo like a set for a movie.

Author: Tania Brassesco & Lazlo Passi Norberto are an Italian artist duo based in New York.
Their artwork is a fusion of photography, cinema, performance and installation. Drawings and ideas turn into real sets, costumes and props. The scenes are carefully realized in detail by the artist duo like a set for a movie.
Their artwork has been exhibited in Galleries, Foundations and Museums across Europe, Asia and United States and are present in prestigious Museum Collections.