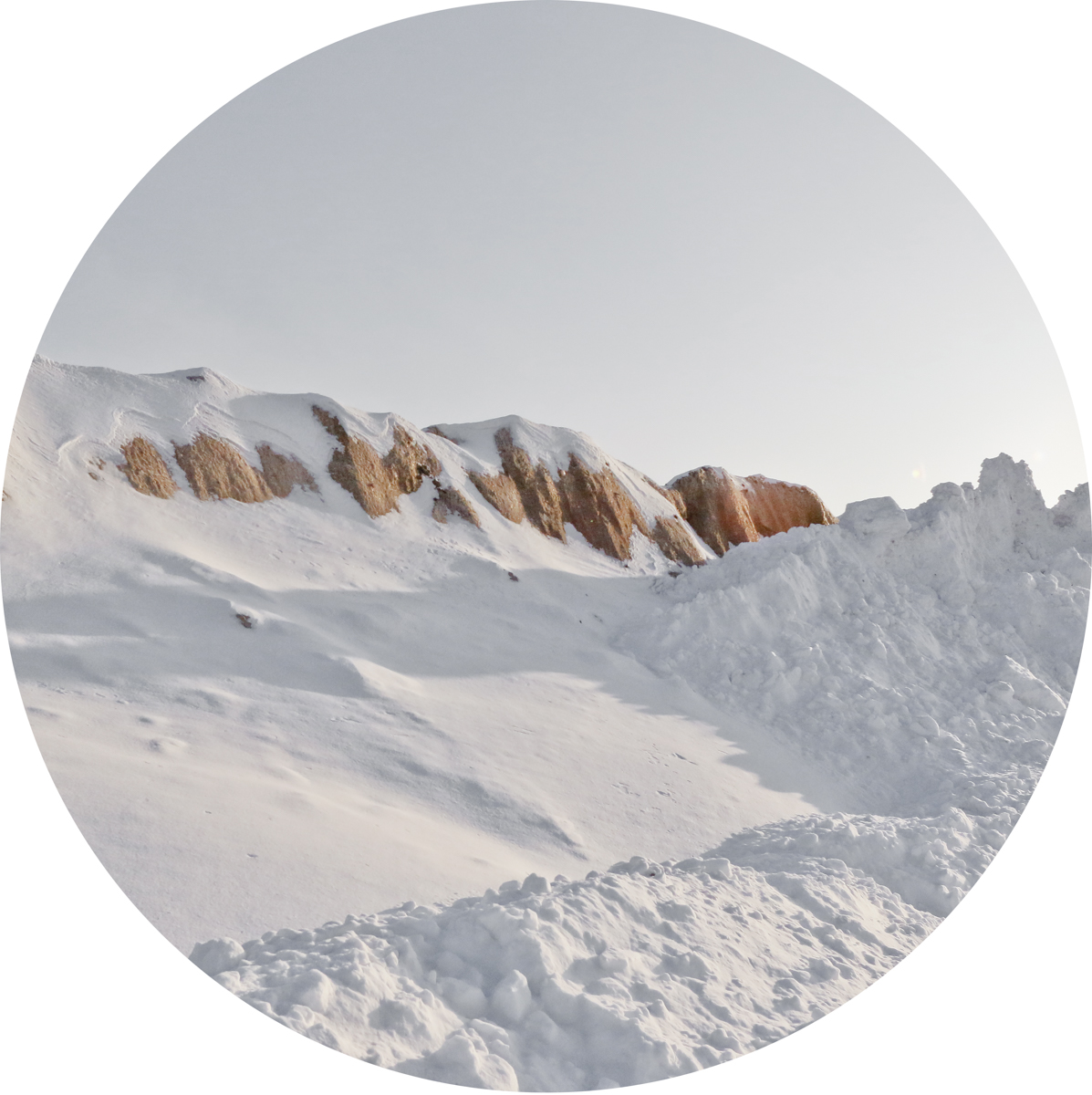 The photographs which make up the Supermarket Landscape are non-other than the snow banks which can be found in our shipping mall parking lots every winter. They depict the snow that is plowed and pushed aside in a forgotten corner to allow the effective operational and economic activity of the shipping mall. At first glance, these snowdrifts look more like the landscapes from some far off planet or an idyllic landscape of which we dream of seeing after a several days walk in the wilderness. These images were taken over the course of four years throughout Quebec and pay homage to our winters; ironically, the snowbanks are the result of our own rejection of this reality and their accumulating growth usually leaves the mall’s patrons and other onlookers quite indifferent to their presence. The spectator will be captivated not only by what they see but by what they cannot. As ambiguous as the said “natural” landscapes which modern society still looking to give us, but are in reality defined and artificial, the ones which I propose allow your mind to escape and explore as I did during my search to glorify these accumulations.

Author: Sébastien Michaud was almost always a Montrealer. One of these early photographic series had as a theme the oil refineries of eastern Montreal and was inspired by the Marghera series of the Italian photographer Alessandra Chemollo. Having received his academic training in film photography at the turn of the 2000s, he continued his career in visual art at the Université du Québec à Montréal until 2013. After a few multidisciplinary art exhibitions, he devoted himself almost exclusively to the photographic medium. He has been working as a photography teacher for 5 years.

He was able to show his images in public, among others, during the Rencontres Internationales de la Photographs in Gaspésie in 2013, at Espace F in Matane in 2014 and at the Montélimar Festival of Photography in France in 2015 with his project Domaine de La Florida. He is currently working on two long-term projects that have already won ND awards 2017, International Photography Awards 2018, and Photography Grant 2018. Both projects will be published.

Many of these works are in private and public collections, including the Louise-et-Reuben-Cohen Art Gallery Collection at the Moncton University. He has been part of several selection panels and photographic competitions