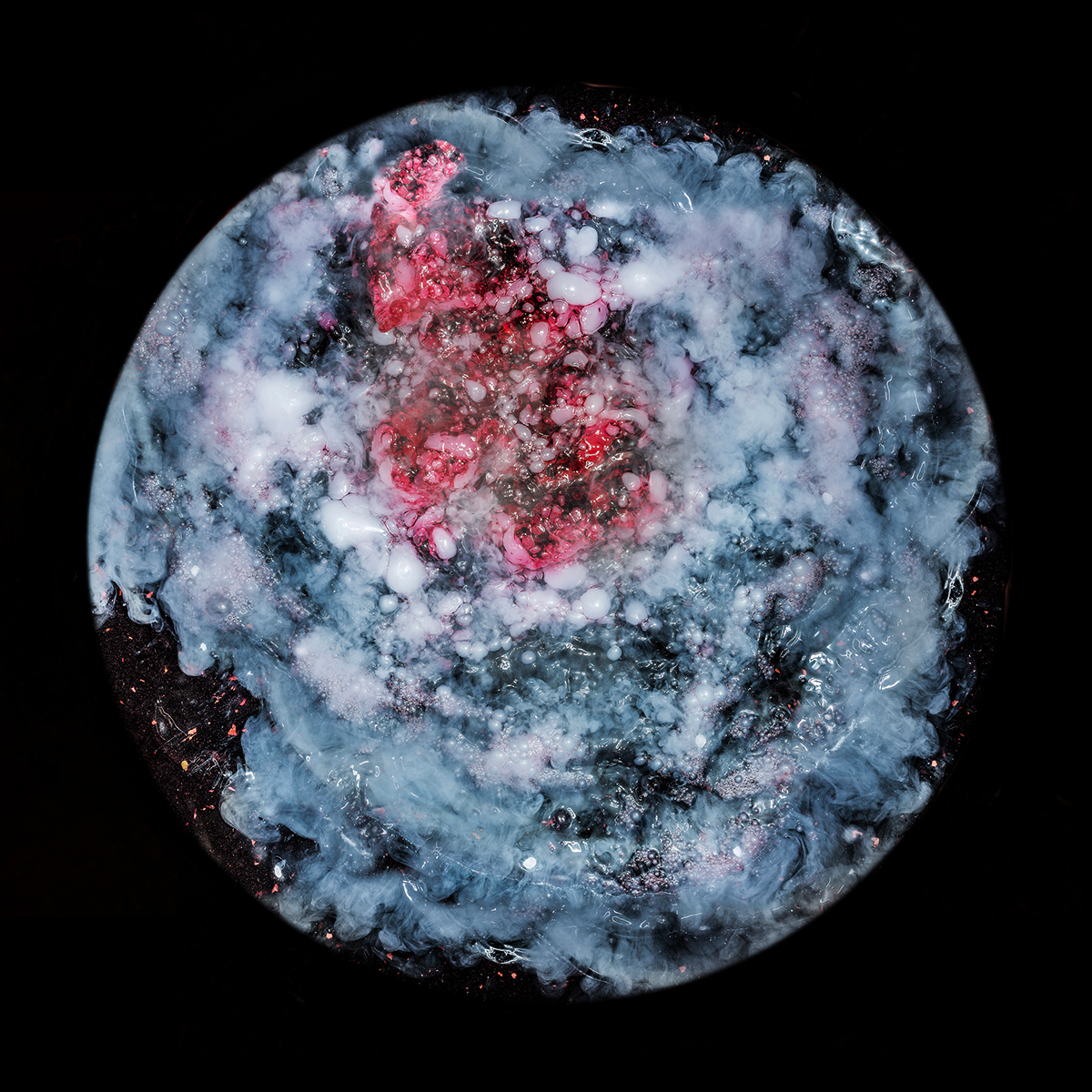 The history of wine and wine is so ancient that it merges with the history of humanity. For a long time the transformation of grapes into wine appeared as a supernatural manifestation, due to divine beings who violently agitated the vessels where tumultuous fermentations took place. In turn food, medicine, sacred object, precious food, source of wealth or torment, wine has emerged during these five millennia of cultures as a fundamental element in the history of societies and as a link between men .
The ongoing project "Cosmogony of Wine" is born from the desire to reveal the magic of the process put in place by man for more than 5000 years to make wine. The story of this "elixir" relates our deep attachment to the earth, to nature, to the processes of transformation inherent in the universe. I wanted to make this collective memory resonate to reveal its initiatory side, its sacred dimension.
My eyes, plunging into the heart of the vats of wine making, wanted to "touch the organic", to show how Man, who is at the center of the transformation of grapes into wine, reveals its cosmic dimension.
These vats of wine look like planets where fire and water clash in a tumultuous fight, image of a living earth that creaks and "bloats" before becoming an uncertain space.