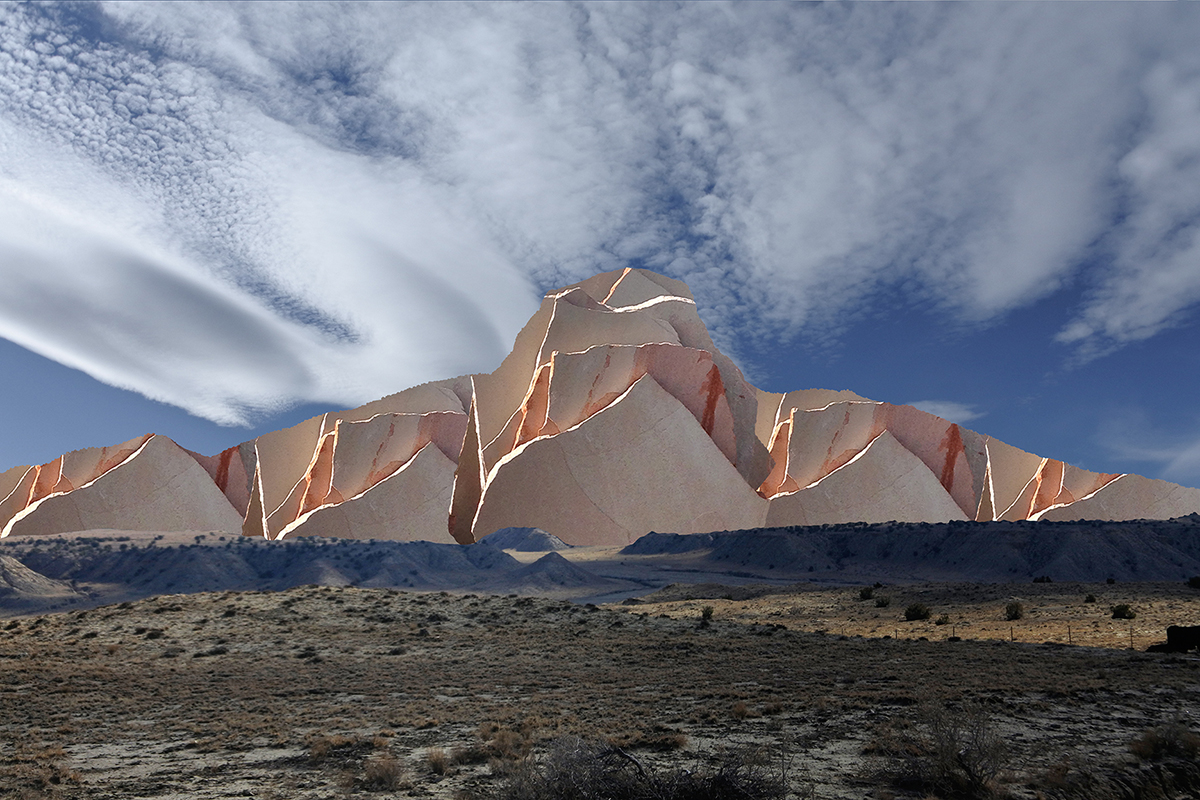 In this series I am exploring the realm of one’s environmental surroundings, how that is absorbed into one’s psyche and how this changes through relocations.
My move from the relatively flat Midwest (my place of birth) to the mountainous West (New Mexico, specifically) needed some adjustments in my way of working and seeing. Initially I was stymied by this landscape that is so fraught with cliché. But, I soon found myself aspiring to bring my new home into focus, to make it my own.
I stand back and take it all in. I have always been intrigued with mountains, their formation, evolution and beauty. I find the history of geology fascinating, the ebb and flow of minerals, deposits and formations. I am intrigued with how small rocks and stones are, essentially, mountains except for size. They are made of the same materials and minerals. Ratio, proportion, relative size, all plays a part in the magnitude of the structures. There is an aesthetic magic of scale.
I approach this work as both a window through which I observe my new surrounds (recording what I see) and a mirror where I bring my sensibilities to bear, reflecting my inner state of being. I use layering and blending modes to merge the observed environment with my internal intuition. At times I digitally place stones in my photographs of mountainous landscapes while obscuring the scale references. Other times I distort and raise the landforms in a digital dance of perception.