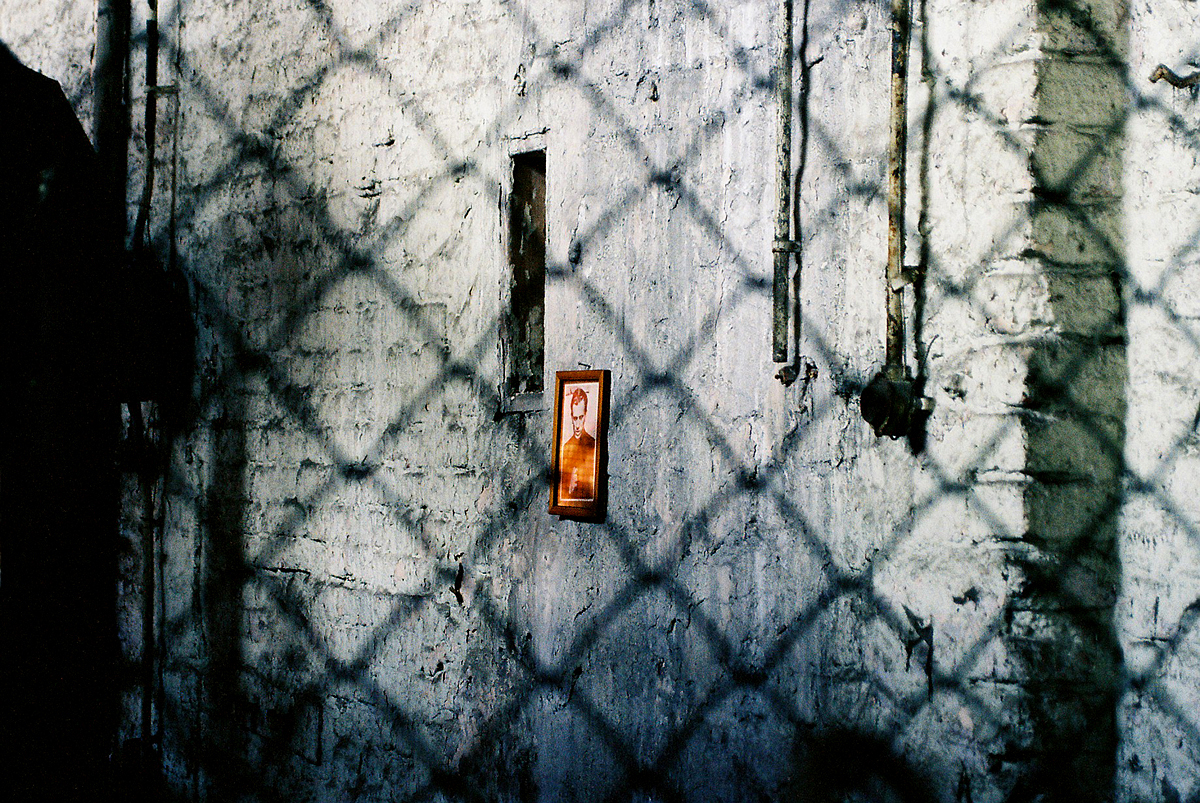 Blessed Jerzy Popiełuszko - Polish Roman Catholic priest who became associated with the opposition Solidarity trade union in communist Poland. He was murdered in 1984 by three agents of Służba Bezpieczeństwa (Security Service of the Ministry of Internal Affairs).
In 2006 polish artist Jerzy Kalina at Norblin factory showed the installation name "Sarkofag" - "Sarcophagus". Behind the installation there was a fence and gray walls of the factory and something amazing. On the wall hung a photo of a priest (it was part of the installation) magically lit by the light of a fire. It was like revelation behind the stage.