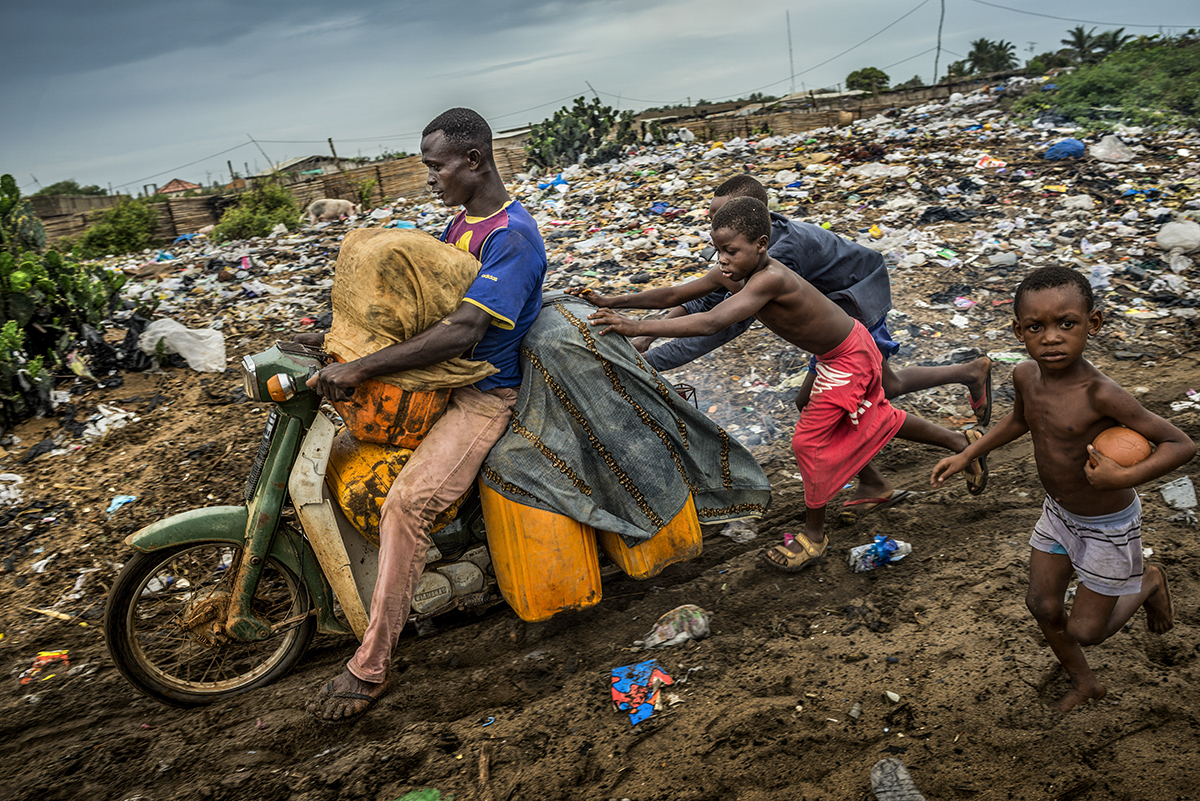 An illegal gasoline trafficker crosses the border between Benin and Togo on his motorcycle loaded with more than 200 liters of smuggled fuels and gets help from a group of children at the Hila-Condji border post in Aného (Togo, West Africa). This is permitted (after paying a bribe) by the law enforcement agencies of both countries. More than 200 million liters of fraudulent gasoline enter each year in Beninese territory illegally.
Near 150.000 barrels of “dirty” gasoline are looted in Nigeria every day in order to feed the illicit traffic of Togo and Benin. The authorities try in vain to stop this illegal trade with devastating consequences: fires, deaths, corruption by the law enforcement agencies, national economic loss and a brutal pollution that destroys the environment...
Hidden behind the great network of small merchants, brokers and vendors lie the "big" smugglers. The real beneficiaries of this millionaire clandestine business: politicians, government officials and the army.
All this happened while in Lome (30 km away) the security forces imposed a "curfew” to restrict the mobility of people and to control the area during the celebration of the African Union Extraordinary Summit on Maritime Security and Safety and Development in Africa. In which, among many other aspects, they search for solutions to trafficking illegal goods in the region.

In 2003 he founds, and since then he presides, the NGO OASIS (www.ongoasis.org) which develops every year medical projects in some of the most depressed areas of the Gulf of Guinea in Africa, having extensive experience working in Africa.