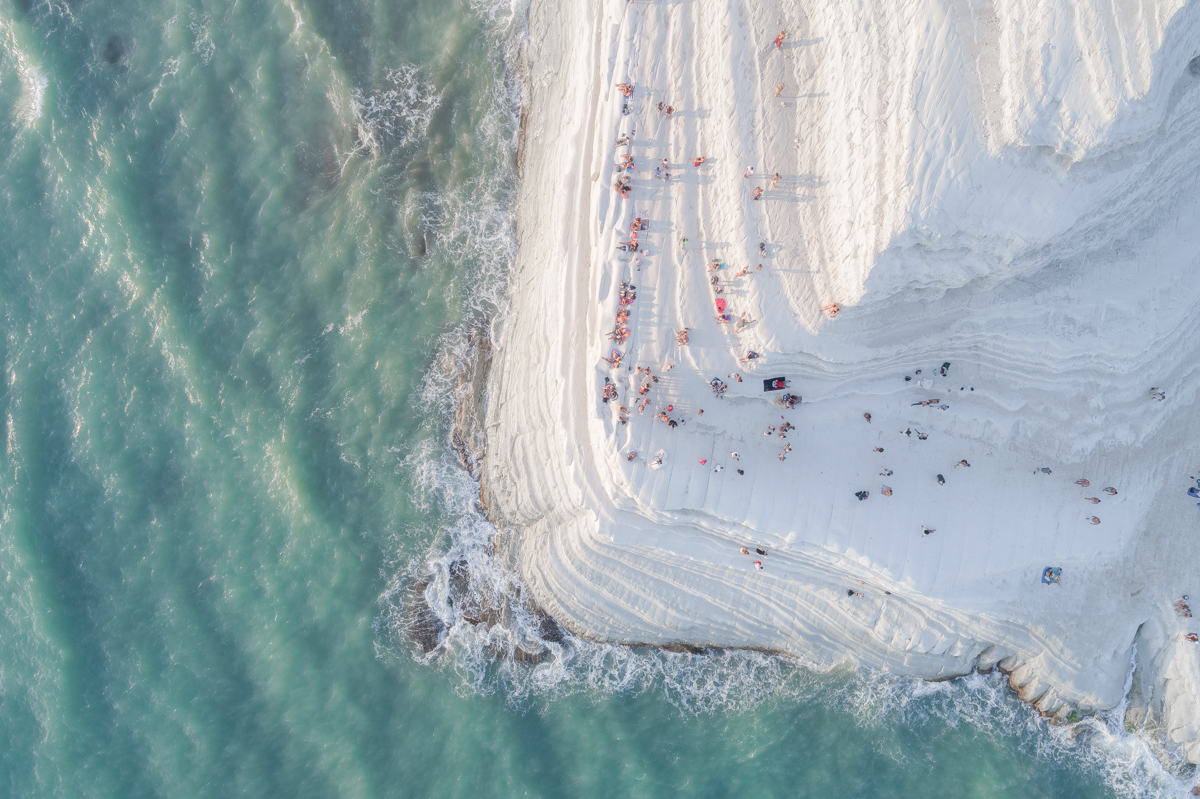 Scala dei Turchi (The Turkish Steps) is a white cliff in Realmonte (Sicily), made of a soft limestone and a blinding white marl. Natural erosion has created steps on the cliff face, making it look soft and sinuous, like a big meringue covered with sprinkles (the people sitting and walking on it). The origin of the name “Turkish Steps” is intriguing. While there is a big resemblance to Pamukkale (Turkey), the designation of “Turkish” was given centuries ago by local people, for the frequent raids carried by Turkish pirates on this area. Legend says they would find a shelter for their boats behind this rocky formation, and then climb the “steps” of the cliff and raid the villages.
Today, Scala dei Turchi is a wonderful spot for viewing the sunset, as the bright white marl turns into a strong orange. Only after shooting this image, while watching it on a bigger screen, I noticed a newlywed couple in the frame kissing for their wedding photoshoot. Right at the edge of the cliff.