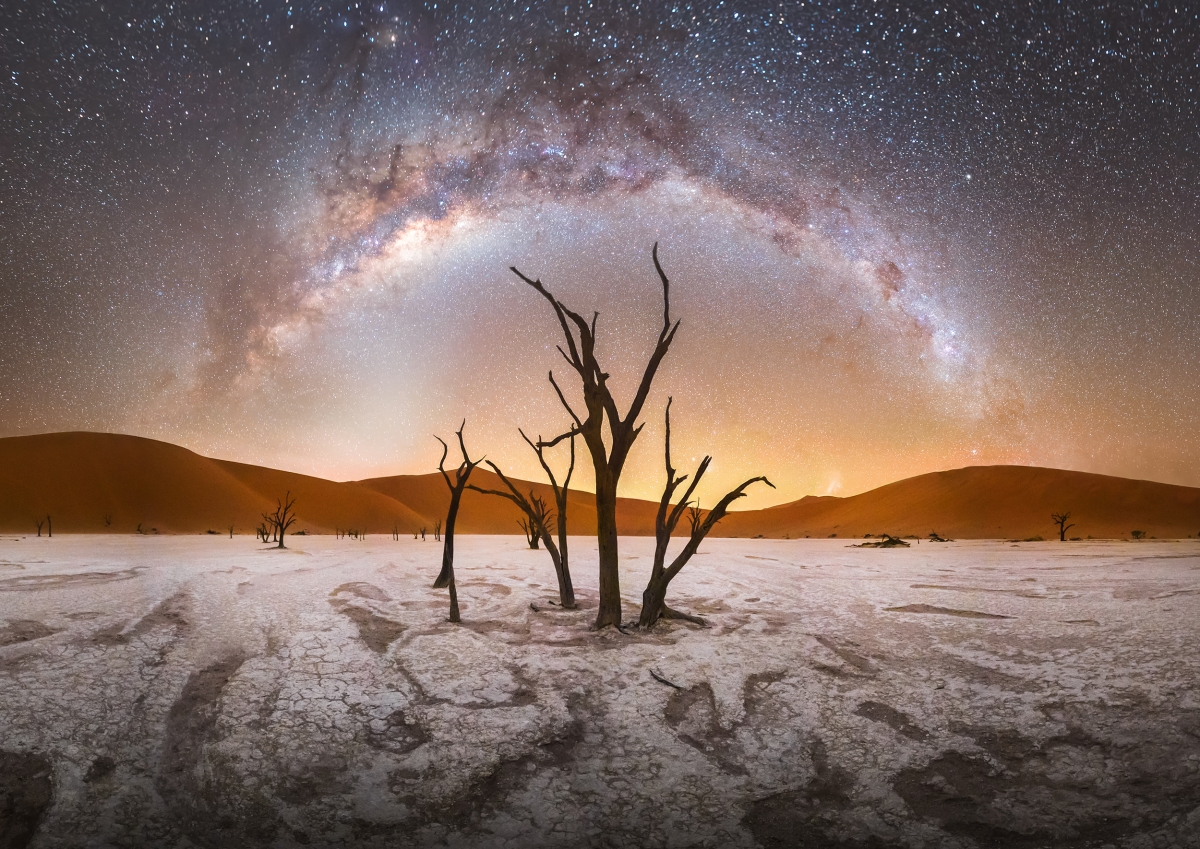 What planet is this? It is the only planet currently known to have trees. The trees in Deadvlei, though, have been dead for over 500 years. Located in Namib-Naukluft Park in Namibia (Earth), saplings grew after rainfall caused a local river to overflow, but died after sand dunes shifted to section off the river. High above and far in the distance, the band of our Milky Way Galaxy forms an arch over a large stalk in this well-timed panoramic image. The soil of white clay appears to glow by reflected starlight. Rising on the left, under the Milky Way's arch, is a band of zodiacal light -- sunlight reflected by dust orbiting in the inner Solar System. On the right, just above one of Earth's larger sand dunes, an astute eye can find the Large Magellanic Cloud, a satellite galaxy of our galaxy.