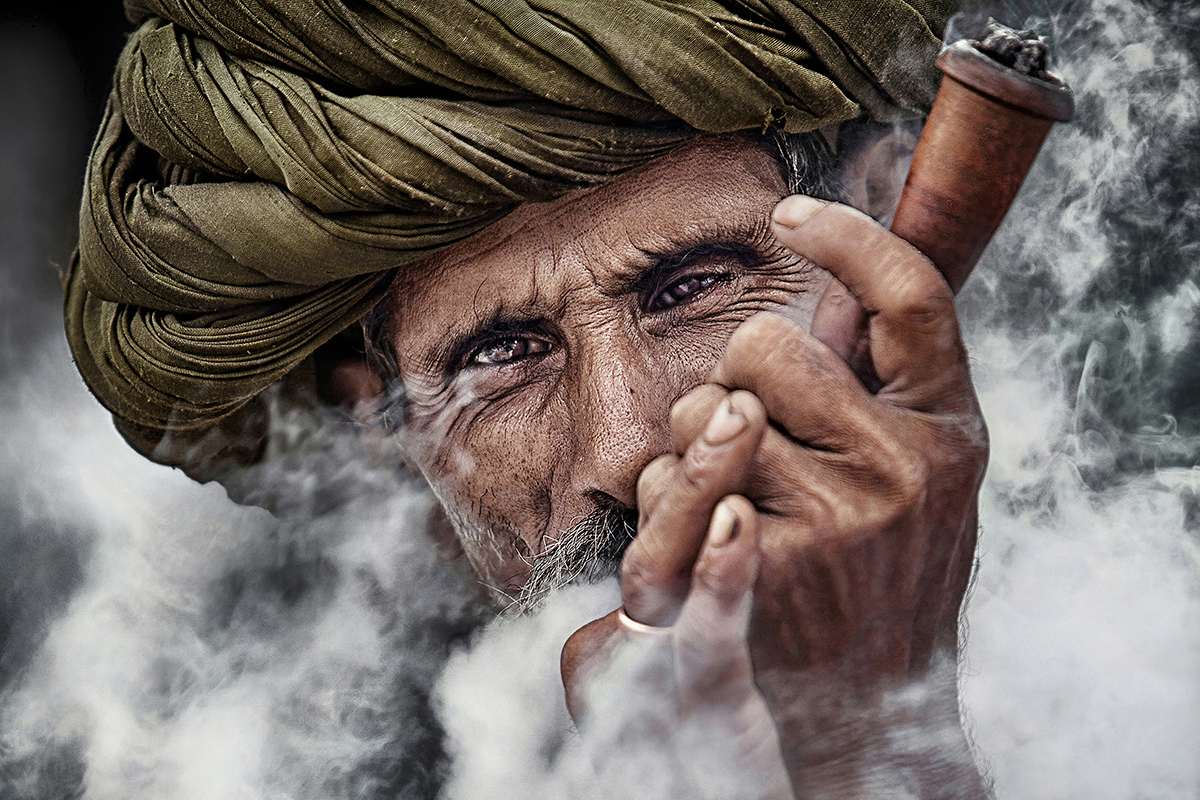 Chillum smoking happens to be very popular among aged men in Rajasthan, a special smoking pipe made with clay where its origin is routed to 18th century of India, among wandering Hindu monks known as Sadhus ( Holy men ). It is usually filled with flavored tobacco known as zarda or with other smoking substances. The smoked pipe is passed to the other ( or next ) man, were he takes a leisurely puff.
Captured this street portrait in the evenings of Rajasthan, where an elderly man exhaling smoke from Chillum after a deep puff.
A pure ecstasy feeling of smoking Chillum reflected from his eyes and the drama created by the smoke.

Author: Born in 1990, Owens Pereira from India, is a Freelance Professional Photographer who have won numerous National and International awards and recognitions in the field of travel and nature photography.He was nominated and awarded with Third Place and won the title 'Travel Photographer of the year 2017' , by the prestigious photography society SITTP, United Kingdom. His works have been selected and published with prestigious exhibition galleries based in UK and Greece and a handful of his works have been published in international magazines such as Digital Photographer, Olympus, Shoot the Frame and Professional Imagemaker.