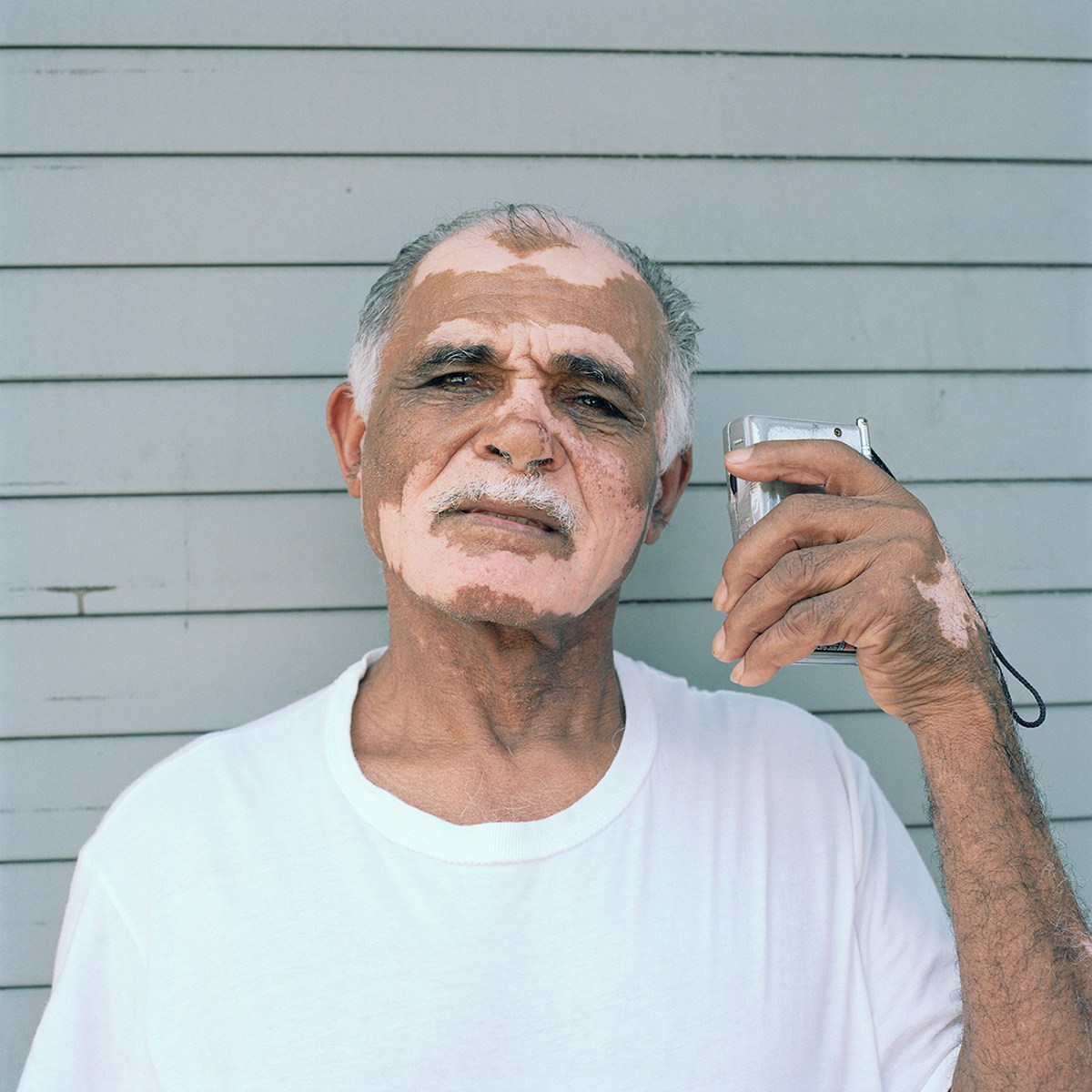 The one and only, unique and pure – just Harlem, and nothing else. The title introduces Harlem as a magical place of longing that only works and lives within, and cannot carry its characteristics to the outside world. The words not only convey the uniqueness of this place, but also the ambiguity of the word “sole.” The sole, meaning the streets of Harlem, is defined as the setting of the photographic staging. It is staged because a place like Harlem cannot be regarded independently from everyone’s abstract ideas about it, regardless of whether or not they have been there. That is why Harlem has to fight with and try to combine our anticipations and clichés with what is actually in its the streets – which, in the first place, is home. Harlem is home for people with their own individual perspective on their district of New York. Sole Harlem portrays the people and their home and their soul, visualizing Harlem’s sound.

The photographs show that Harlem and its people form a relationship that cannot be told as an objective narrative. “Sole Harlem” reveals a personal perspective: the moment that portrays what is found, and what has been there.

Author: SOLE HARLEM
Sole Harlem is the result of a one-year stay in America, in which the two photographers Louise Amelie and Aljaž Fuis begin their semester abroad in 2016 and decide to pause their academic studies in order to concentrate fully on documenting the Harlem neighborhood.

Originally from Germany, Louise Amelie and Aljaž Fuis provide an insight into the electric neighborhood of Harlem in the upper side of New York City by spending extensive months immersing themselves with the people of Harlem, its streets, its shops, the ways of living, and how Harlem seems to be worlds apart from the rest of Manhattan. From living in shared apartments with Harlem natives, to meeting them in the ever pulsating streets of this district, to simply waiting around in the corner laundromat, the photographers are not only driven by the controversial history of Harlem but also by the present days of this area. A year and a half later, they present this book with a timeless character, photographed completely in medium format, as part of their bachelor thesis.

Sole Harlem is an honest observation from the outside looking into Harlem and its residents where the photographers aim to capture something intangible: the locals ideals and their view on this ever changing part of Manhattan with an intent on giving the viewers an unbiased insight into the lives, worries and dreams of their main characters.