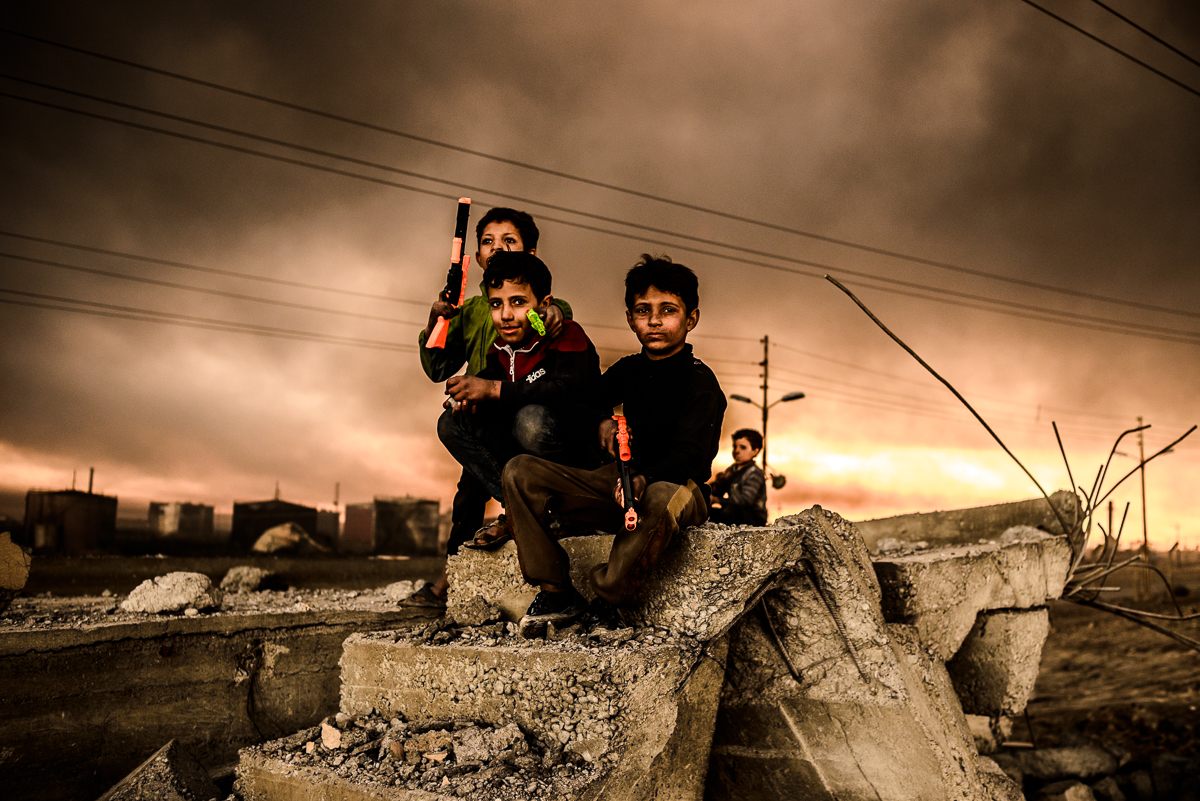 Iraqi boys play with toy guns in Al Qayyarah, Iraq, on November 11, 2016. They are coated with black dust from the smoke of burning oil wells set alight by the Islamic State. The town is without electricity and running water. While Al Quayyarah has been liberated from the Islamic State it has become an environmental disaster.

Author: Martyn Aim is a documentary photographer. He has an MA Visual Anthropology and Documentary Filmmaking and an M.Phil in Social Anthropology. Photographs from his fieldwork projects were purchased by the British Museum. The focus of Martyn's work is conflict, societies in transition and the environment. His photographs have been published in many newspapers and magazines such as Newsweek, Le Monde, Paris Match, Sunday Times, Foreign Policy, Guardian, The Atlantic, Wall Street Journal, Los Angeles Times, Liberation and the New York Times. Martyn has produced stories for NGO's such as the Landmine Survivors Initiative and the International Commission on Missing Persons and is emergency medical certified for work in hostile environments. Martyn was shortlisted for his work in Iraq, the project ‘Near Dark’ in the 2018 Sony World Photo Awards (Current Affairs and News).